One of the things that we’ve discovered about Seattle is the Happy Hour scene.  In Seattle it doesn’t mean just drinks, it means food!  Some of the best samples of the food that a place offers are available during Happy Hour.  The portions are a little smaller, but the prices are also smaller and sometimes better than a full portion.  Enough to fill the tummy and have a nice variety of items to eat.

We decided to try Wild Ginger, an Asian Fusion restaurant which has gotten some nice reviews.

Happy Hour started at 4pm, and as usual per our Happy Hour routine, we combine lunch and dinner and make it one meal, so as not to gain a billion pounds.

We started with Duck Sliders.  Marinated Duck inside of a Dong Po Rou Mantou.  The flavor of the duck was nice, but the Mantou was a little hard.

Wild Boar Satay.  The meat was a little too thick for a good Satay.  So it was basically a piece of meat on the grill.  Not enough grill flavor for me. 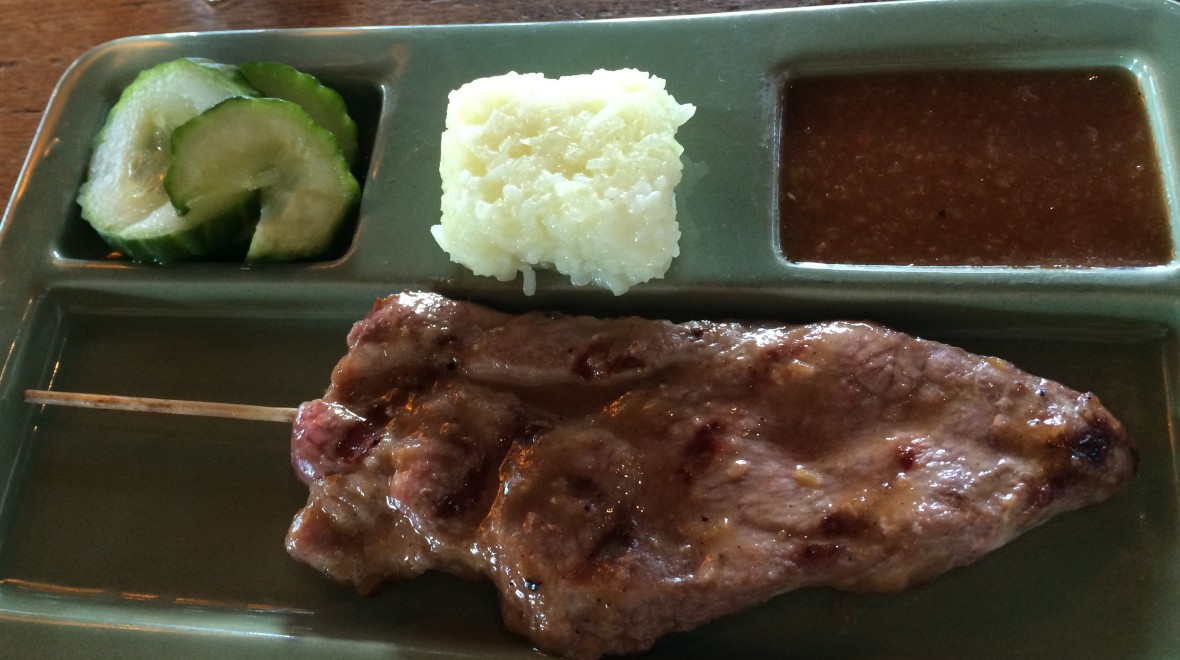 Chicken Chieu Salad.  Not bad, good taste, but I think you can get the same type of flavor at Panera.

Vietnamese style Chicken Wings.  Easily the best dish we had.  Crispy with a nice fish sauce dressing.  A winner. 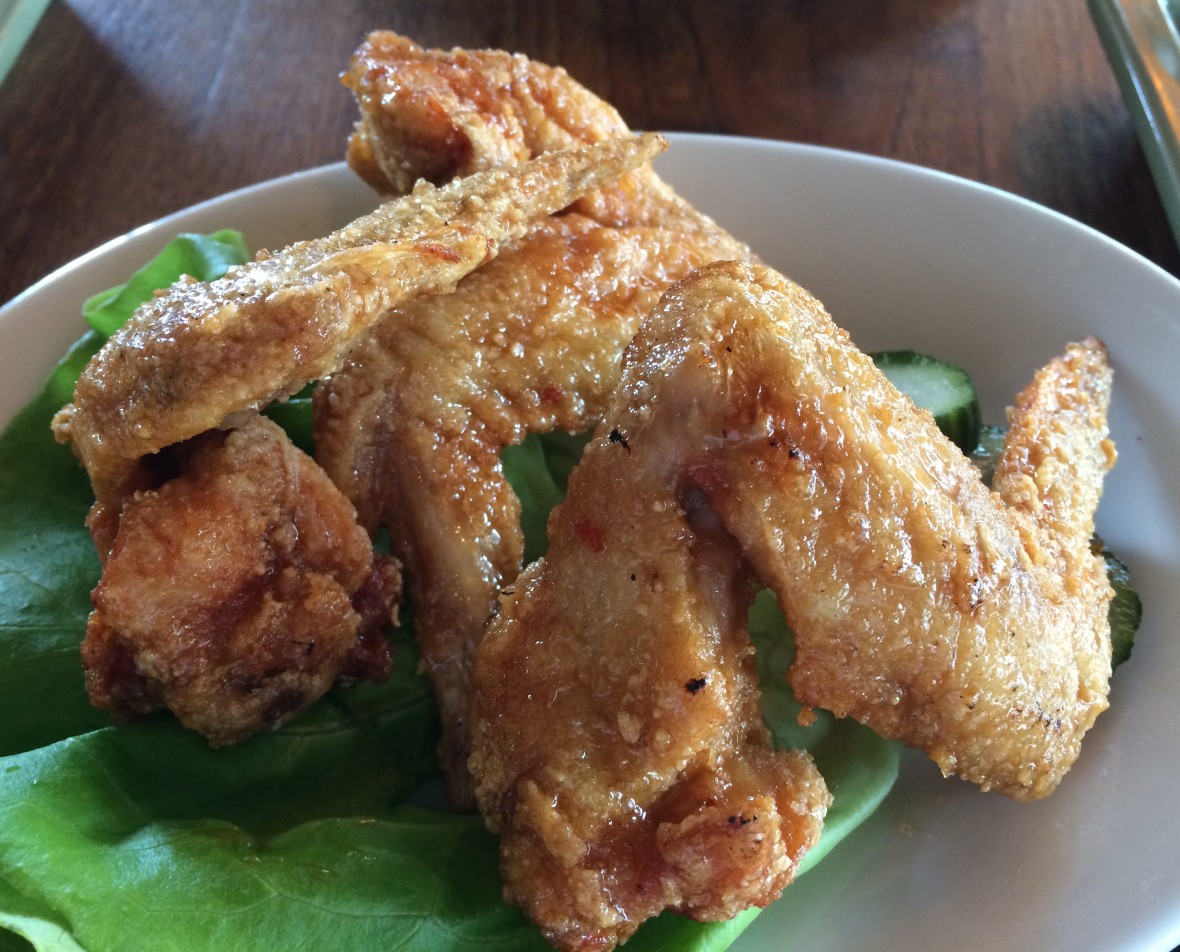 Duck So.  Basically a pastry with duck inside.  Dry and not nice.  A mistake to order these.

I can’t say I was blown away by the food.  Maybe the Satay Bar during normal hours is better.  Maybe the entrees are better during non-Happy Hour is better.  Not sure that I want to go back and try though, I think the options for Asian Fusion, or just pure Asian, are much better and cheaper elsewhere.