The last time I was here, we went for the Crayfish Hor Fun and were delighted.  That’s when I saw a queue that was 20 deep for something.  I didn’t know what it was, but I took a look and it was Outram Park Fried Kway Teow.

Turns out that it’s considered one of the best in Singapore, and a Hawker Master.  I said I would try it next time – if the queue was shorter.

The auntie came down, took the order – you can specify your order (no chili, extra bean sprouts, extra hom, etc.) – and took money.  Then you just moved with the queue. 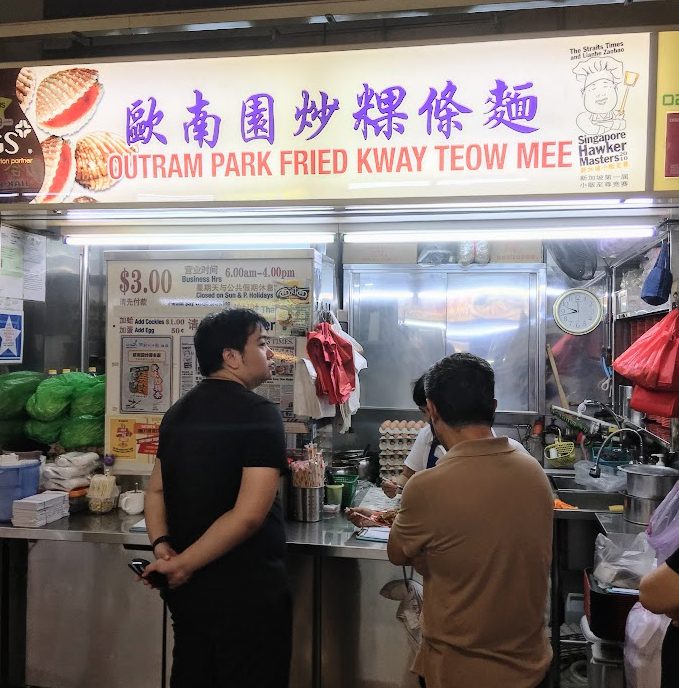 And voila, after about a 10 minute wait, we had our Char Kway Teow. 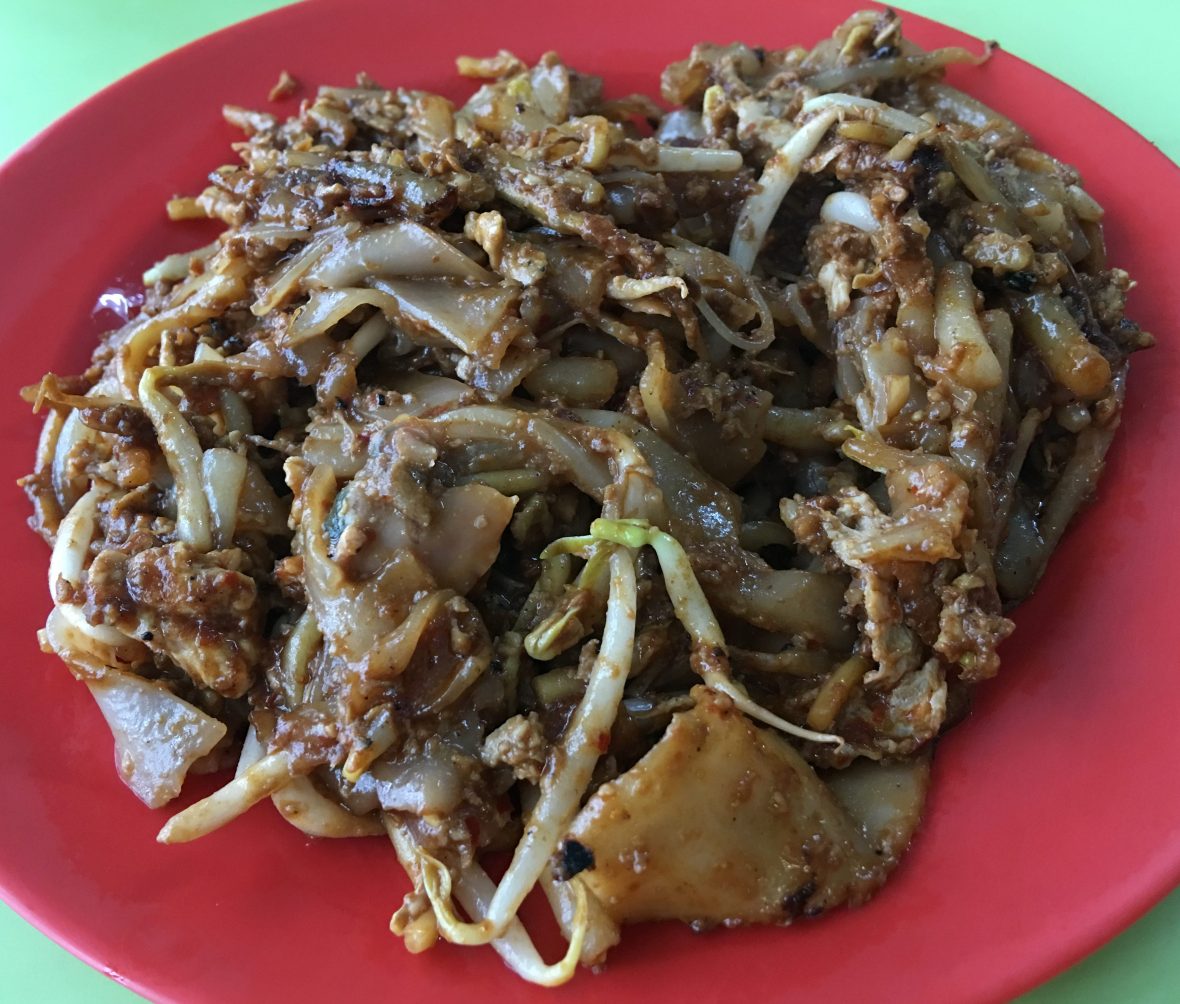 My first note was that there was a bit of Sea Hom, not my favorite, so I ate some and gave most to Lena.  But the chili was nice, it wasn’t as greasy as it looked and it overall came out to be a nice plate.

Then, I tried Lena’s plate, which contained no chili.  And guess what?  It was tasteless.  Maybe because I just ate the chili one, but this one was pretty plain and pretty non-descript.

Therefore, I will say it’s a good plate, but if you don’t like chili and you get the normal plate, it will be bland – not spicy and not sweet.