Towards the back stairs there is stall on the corner that sells Hokkien Mee, Fried Oysters and Char Kway Teow.  I remembered trying it once and was not impressed.  We went for dinner the other night and my family decided to try this because it was a shorter queue than all the others and my nephew really wanted Hokkien Mee (he also has special order, because he wants no scallions and beansprouts).

So Hokkien Mee was ordered.  I tried a little some of it when they came back.  I have to say that this was totally devoid of any flavor whatsoever.  The noodles were mushy, prawns not tasty, sotong not tasty, and the broth was just bleh.  Maybe it really needs the beansprouts and scallions. Jedidiah enjoyed it though, so I guess it was okay for him.  He had been craving Hokkien Mee though. 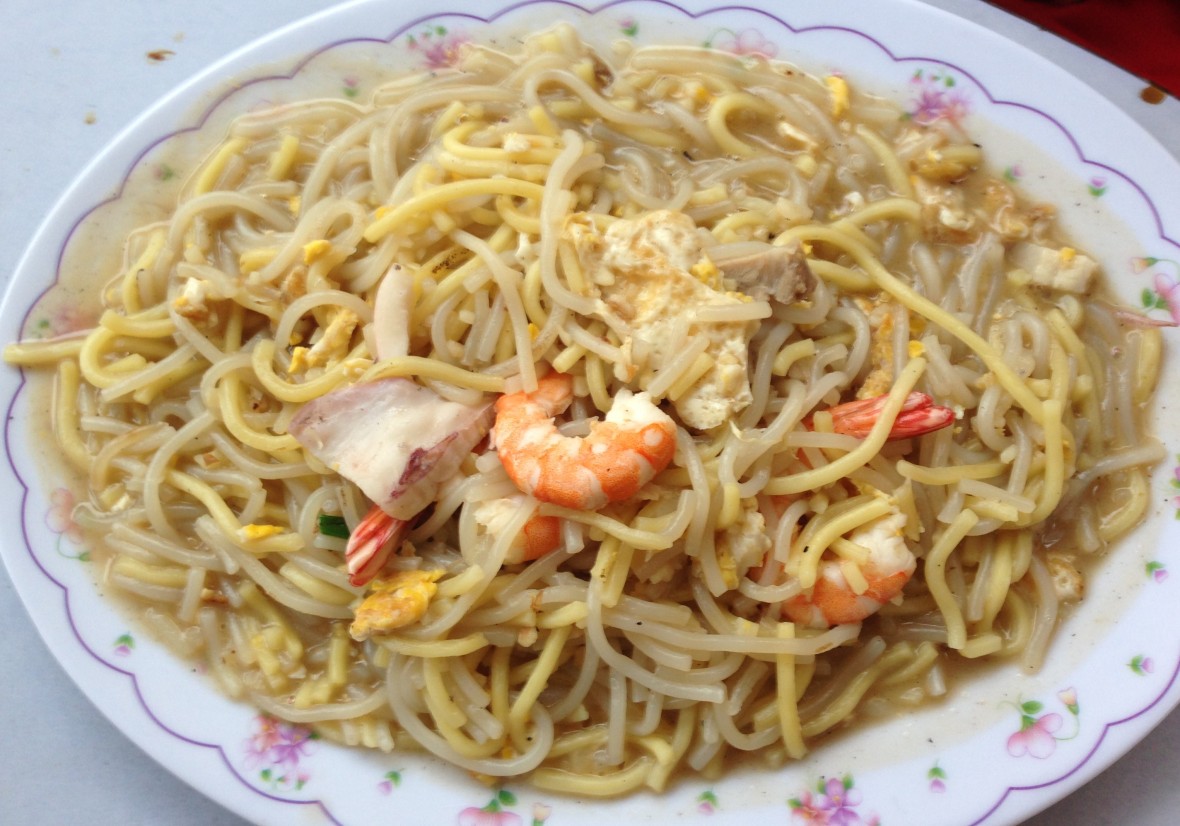 Lena came back with Fried Oysters, and this one was ok according to her.  Nothing special.  It wasn’t too greasy, so that’s ok.

They also got the Char Kway Teow, which I tried a bit.  Also devoid of any flavor whatsoever.

Unless you are desperate and want to eat, stay away from this stall.  You can do just as well in a food court at the mall.

My Tweets
Join 91 other followers