I have had a hankering for Middle Eastern food lately, so I decided to check out Urban Bites on Telok Ayer Street, near Chinatown and Club Street.  I had heard good things about it and that it was quite a nice place to get some good Middle Eastern grub.

Located just five minutes from Tanjong Pagar MRT station, the walk almost pulled me into Amoy Hawker Centre, but it didn’t, it’s on a nice street that has a few eateries.  The place hops at night I am told.

The place is nice and vibrant, it certainly is not decorated in a Middle Eastern style, more of a regular kitchen or takeaway place, but that’s ok.  As long as the food is good, I don’t need the ambience, nor do I really want to pay for that either.  I’d rather eat well.

The menu is quite extensive, a lot of options to choose from, and you can get lost.  So the simplest thing to start out with is a Mezza Platter with some breads.  So that’s what we did. 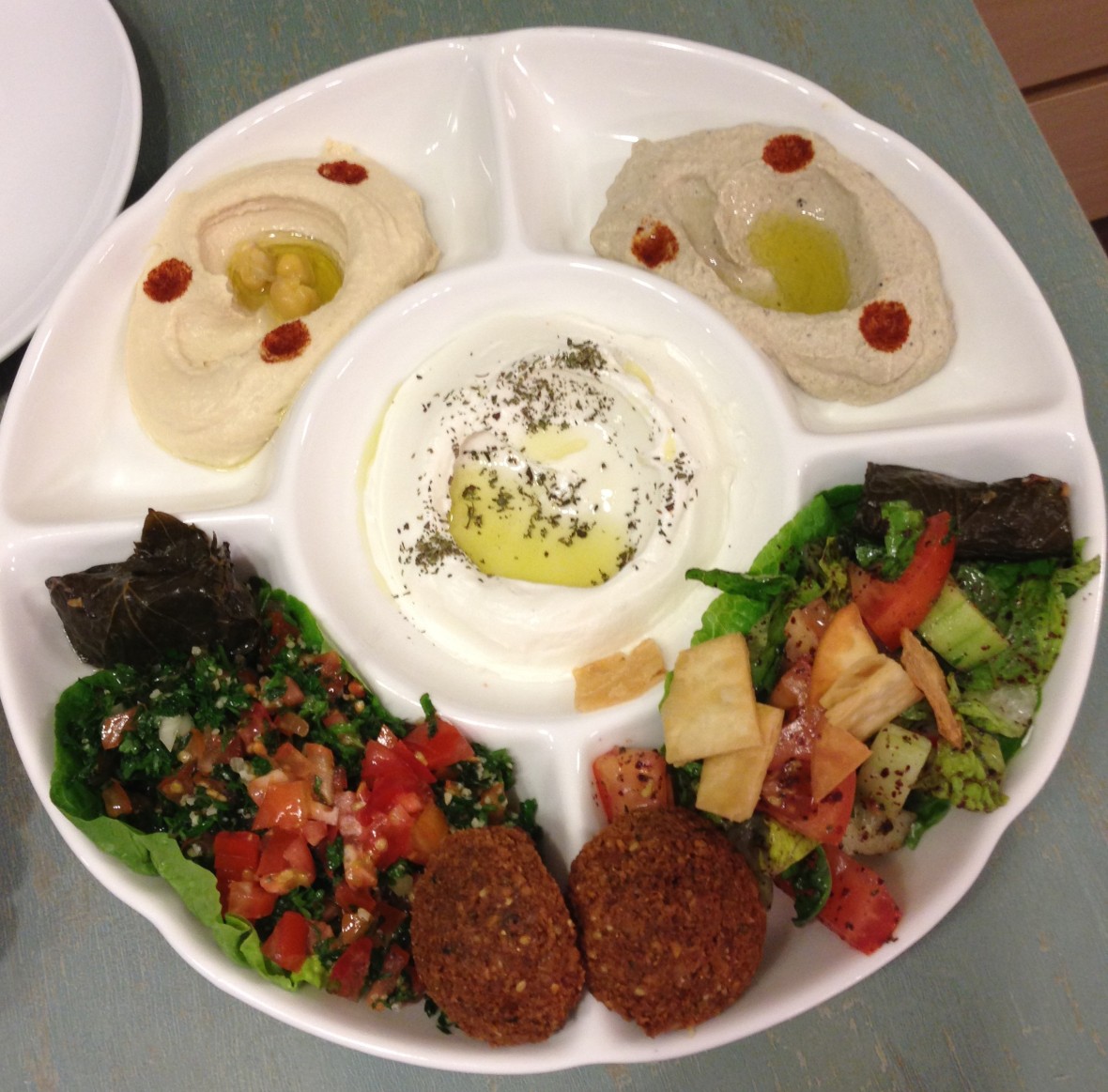 The Mezza Platter came out looking real nice, and at the cost of S$22, not bad I would say.  What do you get?  From the top left and moving clockwise, Hummus (Chick pea puree with tahini, lemon juice and olive oil), Moutabal Bab Ghanouj (grilled eggplant puree with tahini, lemon juice and olive oil, Warak Enab (vine leaves stuffed with rice, tomato, parsley and mint, there are two of them, the other is later on the clock), Fattoush (a simple green salad with tomato, cucumber, mint, radish and sumac), Falafel (ground fava beans and chickpeas and then fried up), Tabbouleh (parsley, crushed wheat, tomato and fresh mint with lemon and olive oil dressing), and in the center Labneh (strained yogurt with olive oil, mint and garlic).

The hummus was nice and smooth, as good as any hummus I have ever eaten.  The Moutabal was very strong in the smokiness flavor from the grilled eggplant.  As soon as you took some with the bread, you could taste the charcoal.  The Warak Enab was a little dense from the rice, but tasty.  The Fattoush and Tabbouleh were light and refreshing.  The Falafel also very nice and not too dry inside, which is a problem at times with Falafel.  And the Labneh was a highlight for me, creamy in texture, smooth in delivery and taste.

We sopped this up with Lebanese bread, which is just pocket pita bread, and then added some traditional Manakeesh, or Lebanese style pizza for a more simple term.

Our first one was Lahim Bel AJeen, which is minced lamb, tomato, onion and pine nuts, baked in a wood fired oven.

A little squirt of lemon and then mixed with some Labneh or Hummus or Moutabal, just yummy!

The next bread we went with was Jebneh, which was a mixture of cheeses on the bread.  This one was also just great.  Some of the cheese gave it enough salt to lift up the breads.

A little pricey at S$8 per piece, but enough to fill you up nicely and sop up everything on the Mezza Platter. 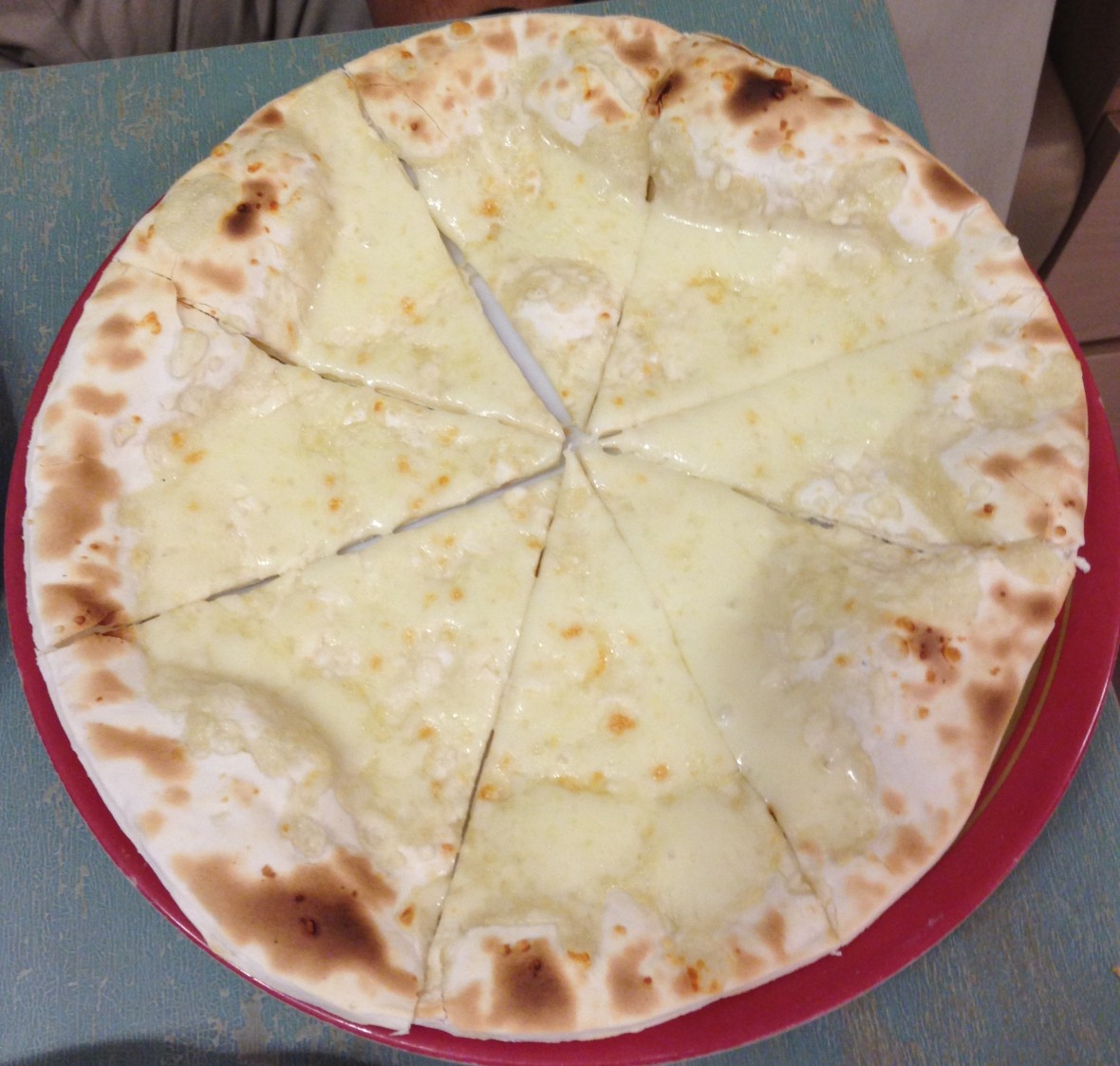 So that’s where we should stop right?  No chance.  On to main dishes!

One of the suggestions was a lamb meatball, Kebab Teen (S$18).  This version is mixed with sweet figs, then stewed with a little sauce of yogurt and tomato.  Served with rice and some onions and a tomato.

The meatballs were nicely cooked and the figs were nice and sweet to complement the meal.  The sauce was also very lovely.  I didn’t care for the rice though, a little plain with just some hints of spices.  I could have done without it and have them give me more bread!

We also went with a mixed grill (S$22), since we wanted some more meat.  Here we had skewers of lamb, chicken and beef kebab. 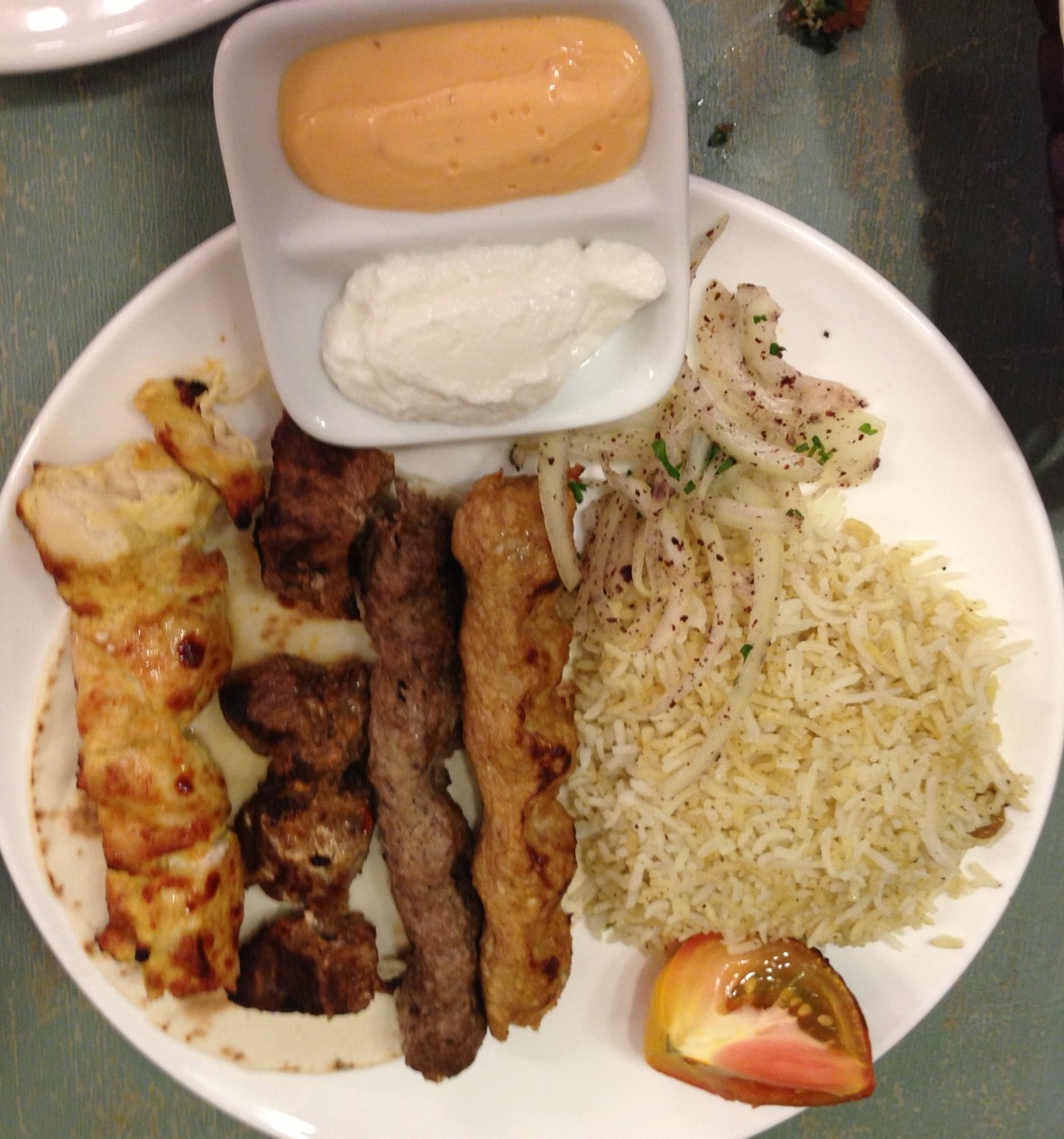 Not bad, your typical grill.  I would have preferred it inside a Shawarma instead to be honest.  But still nice, mixed with the Hummus or Labneh and with some bread.

Not a bad meal at all, the flavors are definitely nice.  It probably costs less than some of the other middle eastern restaurants in Singapore.  I will be back!