The original Mak’s Noodle, considered one of the best Wonton Noodles in all of Hong Kong and the world.  Franchised to other countries, here it is.  I am finally trying it. 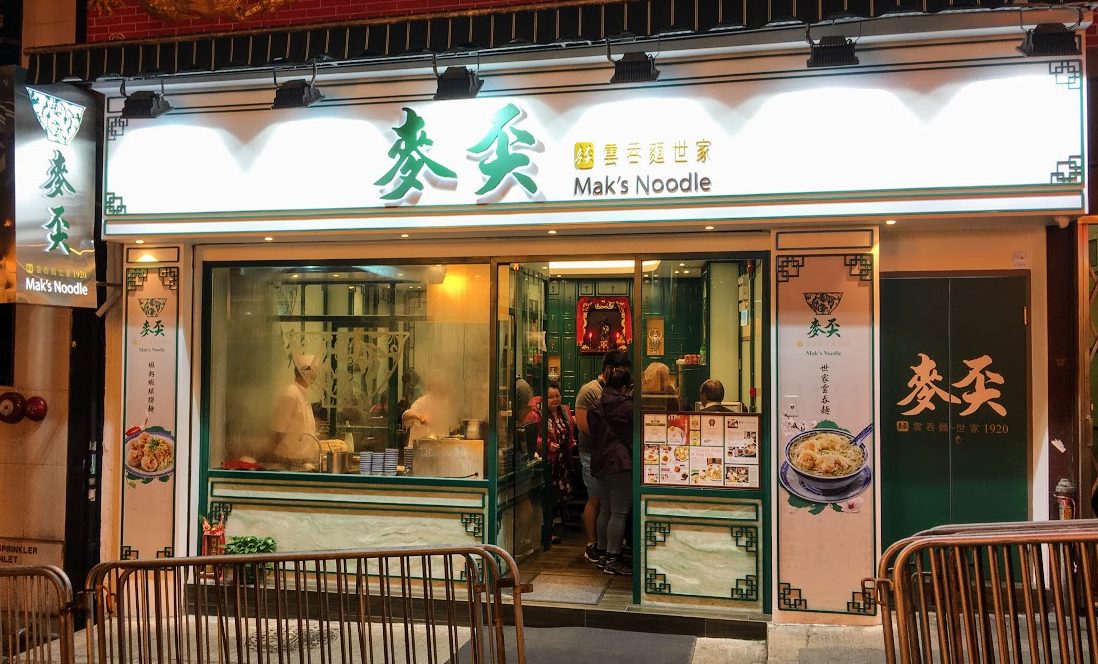 There are a small number of seats inside.  I was there around 7:30pm, so it was only about 70% full, thus I got my own seat.

I have to try certain staples.  The noodle is one.  But how do I take it?  In Soup or Dry?  I also need to have my Beef Brisket.  And also the famous Shrimp Wonton.

My choice?  Go for the Beef Brisket on Dry Noodle (or tossed as they call it in English, Lo Mein in Cantonese).

The Beef was tender, the noodles springy and just right.  I didn’t want the noodles to sit in the soup this time.  I wanted to put it into the soup if I wanted.

That’s why I got a side of Shrimp Wontons.  Look at these!  Nicely formed, but a little small.  But they are fresh and plump and they cook them to order when you order it up front.

I have to say though, the noodle portion was a little small.  Even for a small eater.  The Wonton portion was ok, a good number of them.  The damage – HKD$98.  Not a small amount by any means.  Local shops it can be gotten for under HKD$60 at some places, or even HKD$50.

But the taste is good.  Try it, but I have to be honest, go across the street for a better and cheaper bowl (more on that in another post).