My tour of Michelin starred eateries in the Ginza area continued on my third day in Tokyo.  Luckily for the wallet, it was the last day in Tokyo for me!

This time my friend and I went to Birdland, famous for Yakitori.  I wasn’t sure how it would go, but let’s see!

You really have to look and see and know.  Here is the entrance.  No sign right? 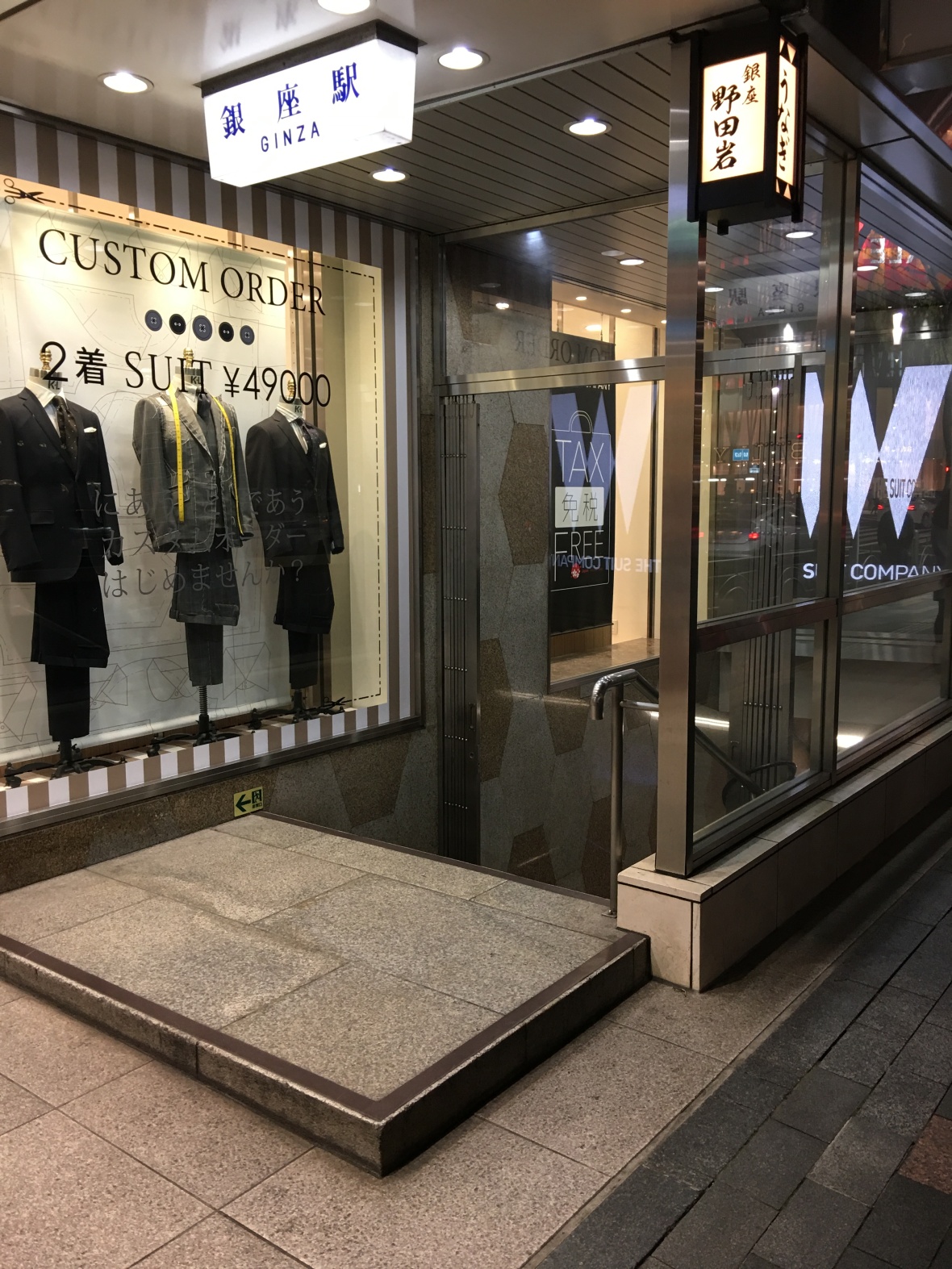 Furthermore, you have to go down a flight of stairs.

But at the bottom of the stairs, you have the signs!

I noticed an Australian family looking for this restaurant too.  They had no idea where it was.  Luckily for us, we were a bit early and found it first before heading back, thus we were able to guide them to the location.

The other thing you will notice is that it is located in the same place as Three Michelin Star Sukiyabashi Jiro, of Jiro Dreams of Sushi fame.

You make the left hand turn and there it is! 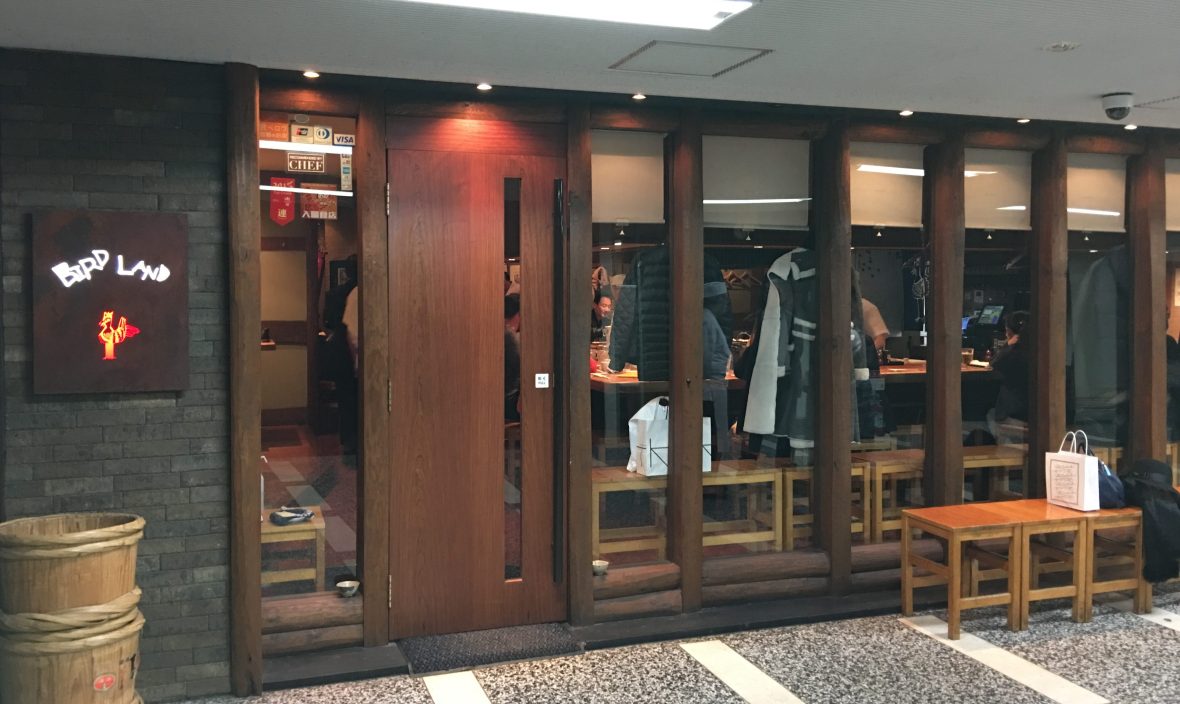 The place has a U-shaped bar surrounding the grill and some larger tables in the back for those that want a table.

You can order a la carte, or go for the omakase, which is what I decided to do.  And I went for the big one for more variety.

And yes, their english is good.  They have one chef who is very fluent in English, the rest can communicate very well in english also. 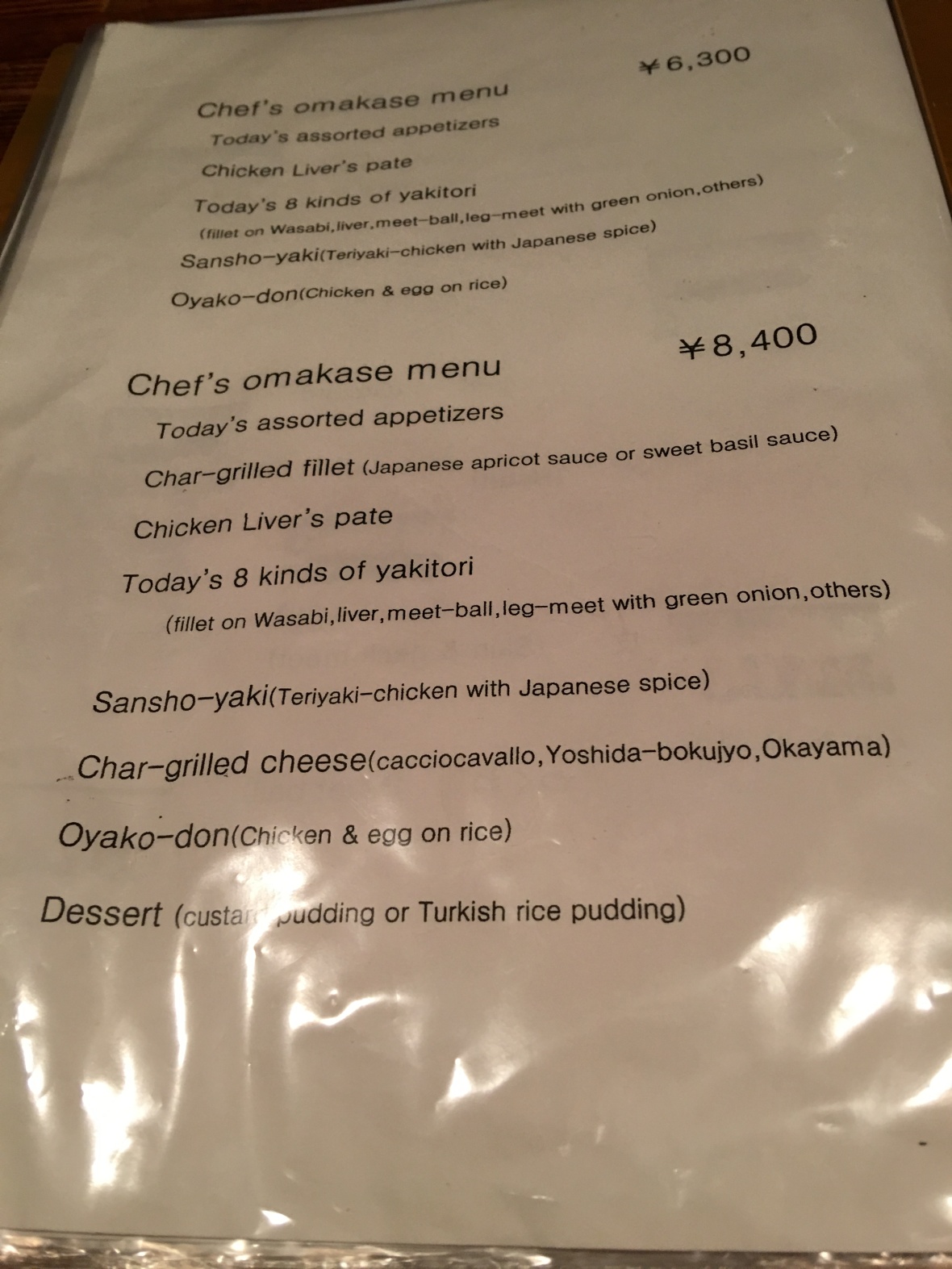 Off we went on our omakase.

First off was a selection of items.  These were different prepared vegetables and roots except for the lower left, which is vinegared chicken skin.  Interesting to say the least.

Next was the Chicken Filet with an Apricot sauce.  You could also choose a basil sauce.  Some of you will see this and say the chicken is raw!  But, it’s safe to eat raw chicken as long as it’s handled correctly!

This had an interesting taste.  Not too dry, but also not well seasoned in my opinion.

Next was the pate.  They are supposed to be famous for this.

Served with bread which you’re supposed to spread it on, I gave it a shot.  The taste was not too liver-y, so it was quite ok for me, someone who doesn’t quite enjoy liver at all. 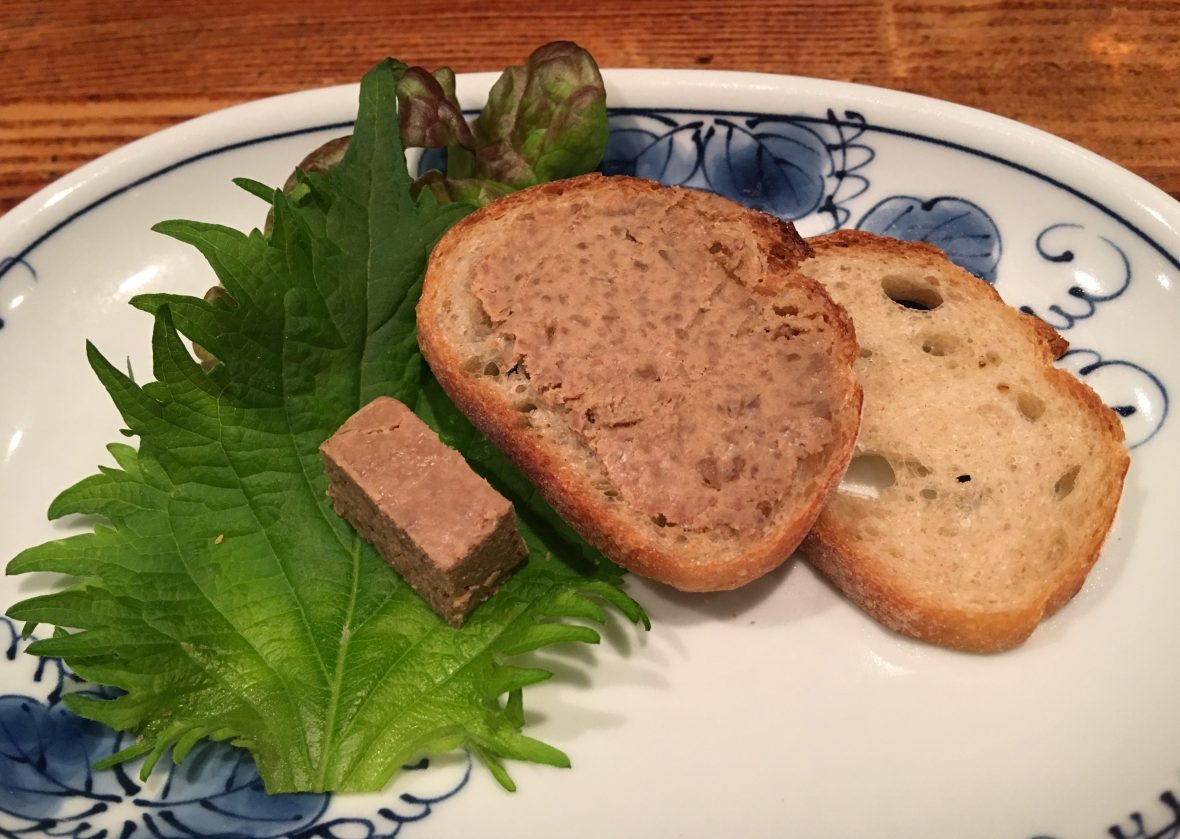 You look beyond and you can see the chefs hard at work, each doing their own thing.

Next was a grilled chicken breast meat with fresh wasabi.  Again, a little underseasoned to me, with the wasabi making the most of the taste.

Chicken thigh with green onions.  This one was flavorful.  I guess it’s the dark meat that does it.

The third of eight brings us to the chicken back meat, with some small meat and the skin.  Now this was full of flavor due to the seasoning on the skin.  For sure this was awesome!

Next was a homemade tofu.  It left us wondering if this was an appetizer of one of the 8 yakitori courses.  We weren’t sure.  Not my favorite honestly.

Next was grilled Gingko Nut.  This surprised me.  It was like potato, definitely different than boiled gingko.

Chicken Oyster with lime.  I expected this to be awesome, but was let down.  It had zero flavor except when you added the lime. 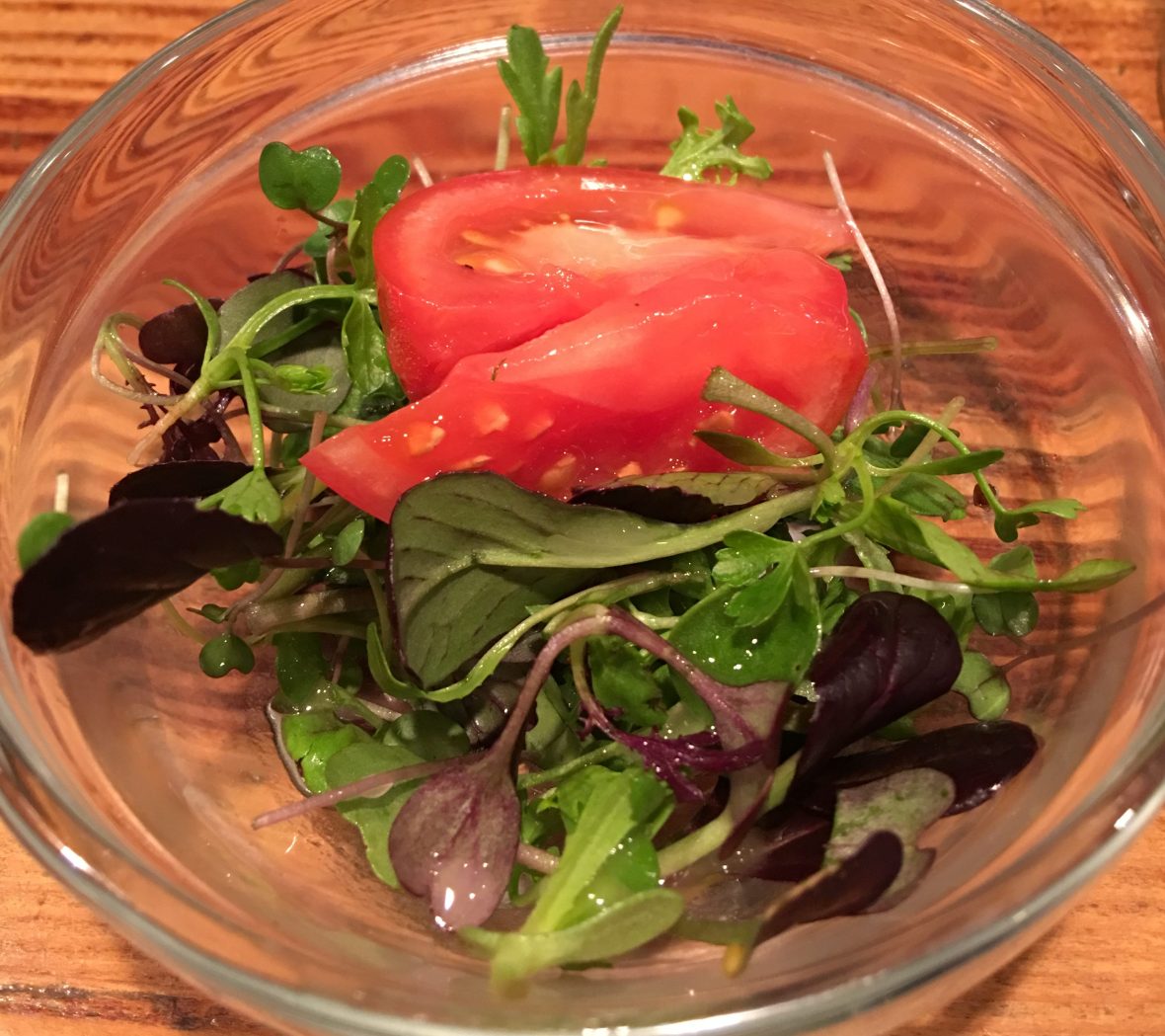 Here was the Terikyaki Thigh.  This had some good flavor.

And some Shitake mushrooms.  One with a yakitori sauce and the other with teriyaki sauce. 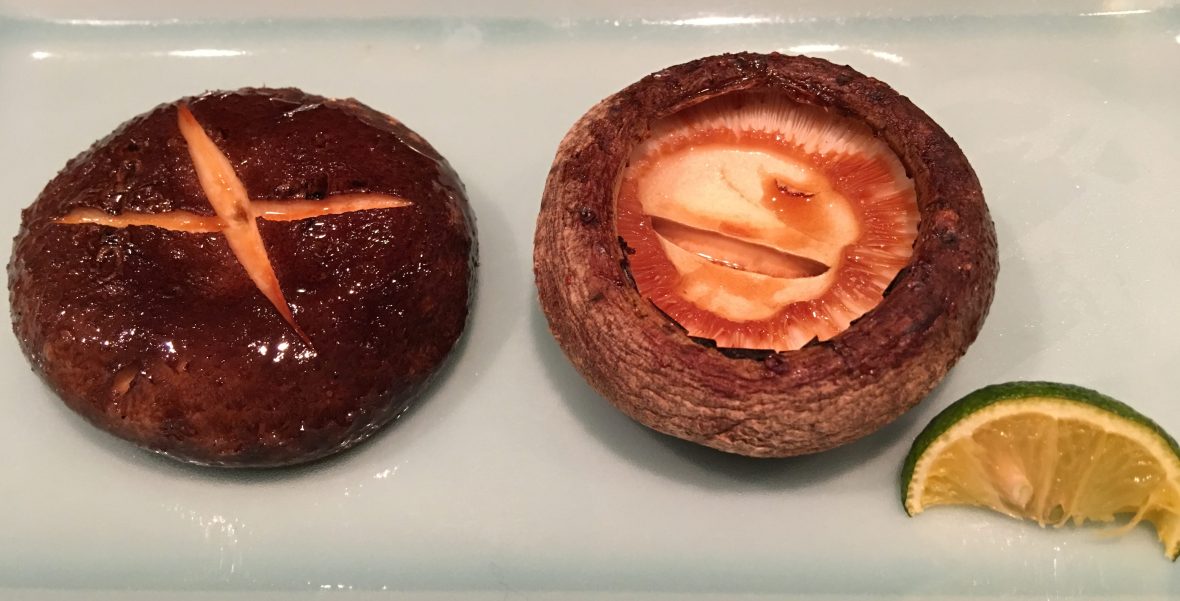 And then thigh meat with Leeks. Nice!

And then some grilled cheese.  This was definitely interesting to me.

Still working!  I was wondering what more was coming my way!

But that was the end of the omakase.  So let’s count.

That being said, they asked if I wanted any more since it was the end of the omakase.  I was still hungry!  Not enough chicken for me!  So I went to the a la carte menu to see what I did not get.

Here are the Chicken Tails.  Nice and Juicy.  Exactly what I expected in a Yakitori!  The parts of the chicken which maybe you don’t always get, seasoned beautifully and grilled.  This was it!

And then the chicken wing.  This was nice too! 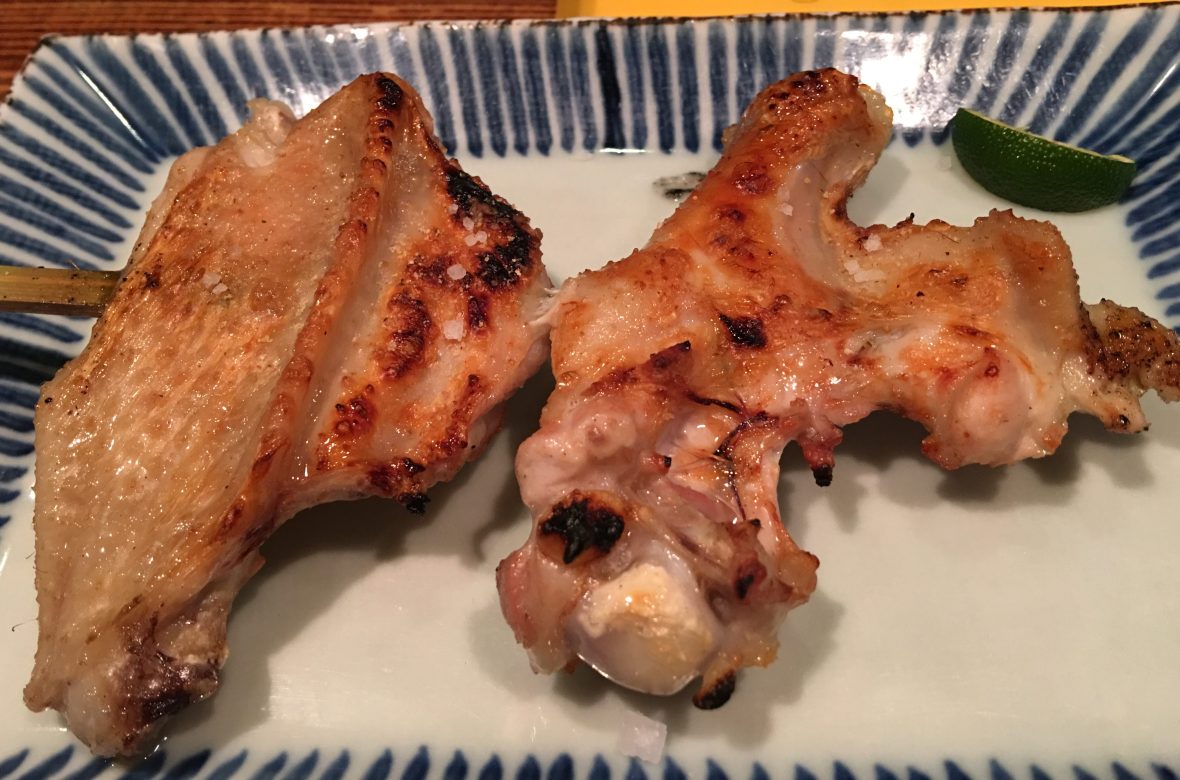 After that, I decided to cap the meal and get some ramen later if I was still hungry.

To cap the meal, we got Oyako-don, Chicken and Egg on rice. Looks good man! 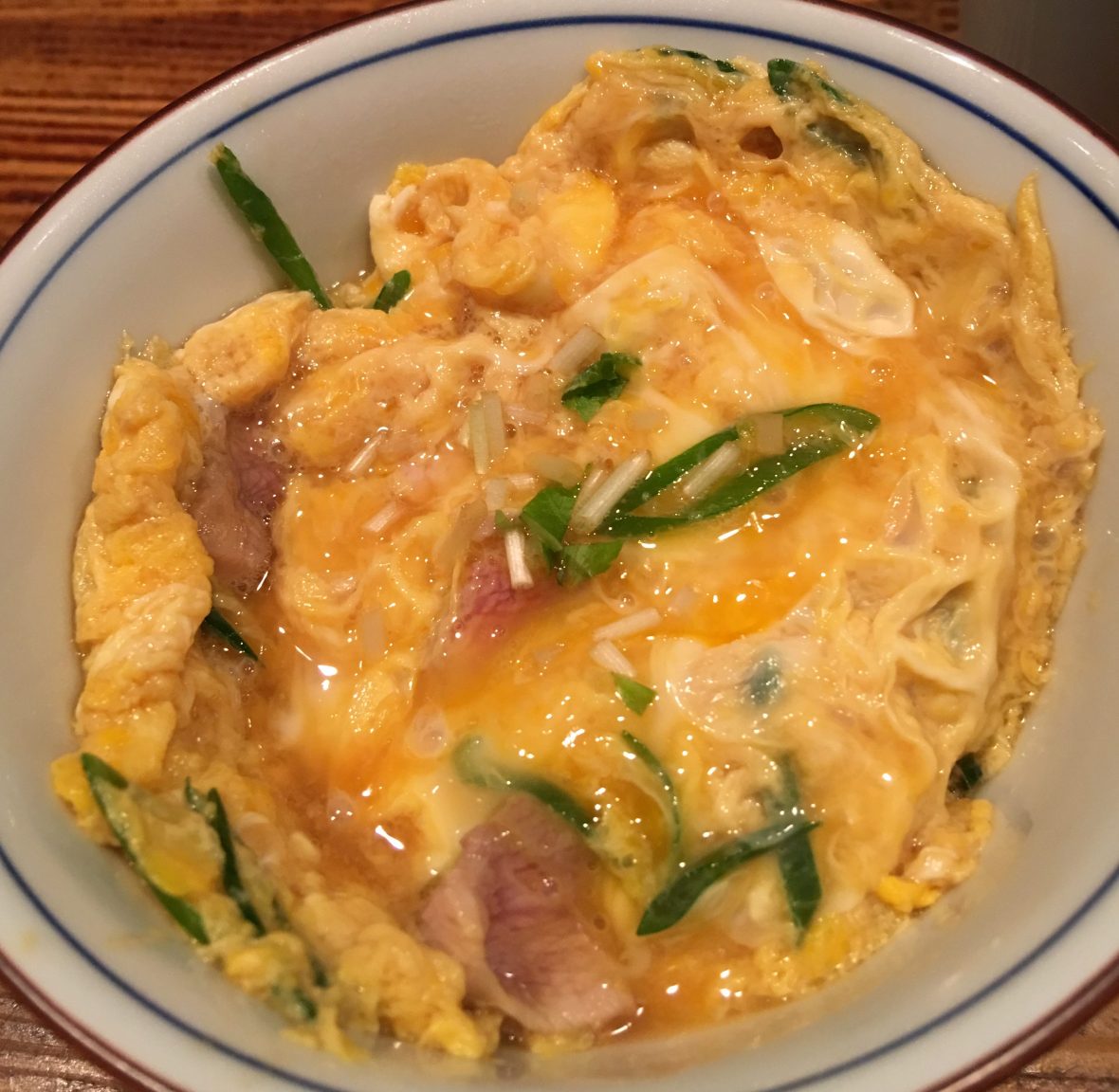 It came with some pickles and a cup of chicken stock.  I wasn’t sure if I was supposed to pour some into the rice or drink it.  Those around me did both, Japanese and foreigners.  My Japanese colleague said do what you want.

We got some Oolong tea to finish it off.

And a Creme Caramel, which was a strange choice here.

I’m going to say this – it was well done.  But I am not understanding the popularity of this.  I’ve had nicer Yakitori in less expensive places.  I can’t recommend this place unless you want to go for the Michelin factor – I was guilty of that.

Go to a different Yakitori, that’s my suggestion.  This isn’t really worth it.