I landed in Vienna and my mind went to one thing – I must get my Weiner Schnitzel from Figlmuller.

Now I had a reservation for 6pm, but at 2pm, we wanted to eat it now.  So we took a chance to see if they were accepting people.  Both locations were packed with lines out the door at 2:30pm!

We just googled a little but and found Heindls Schmarren & Palatschinkenkuchl.  So off we went! 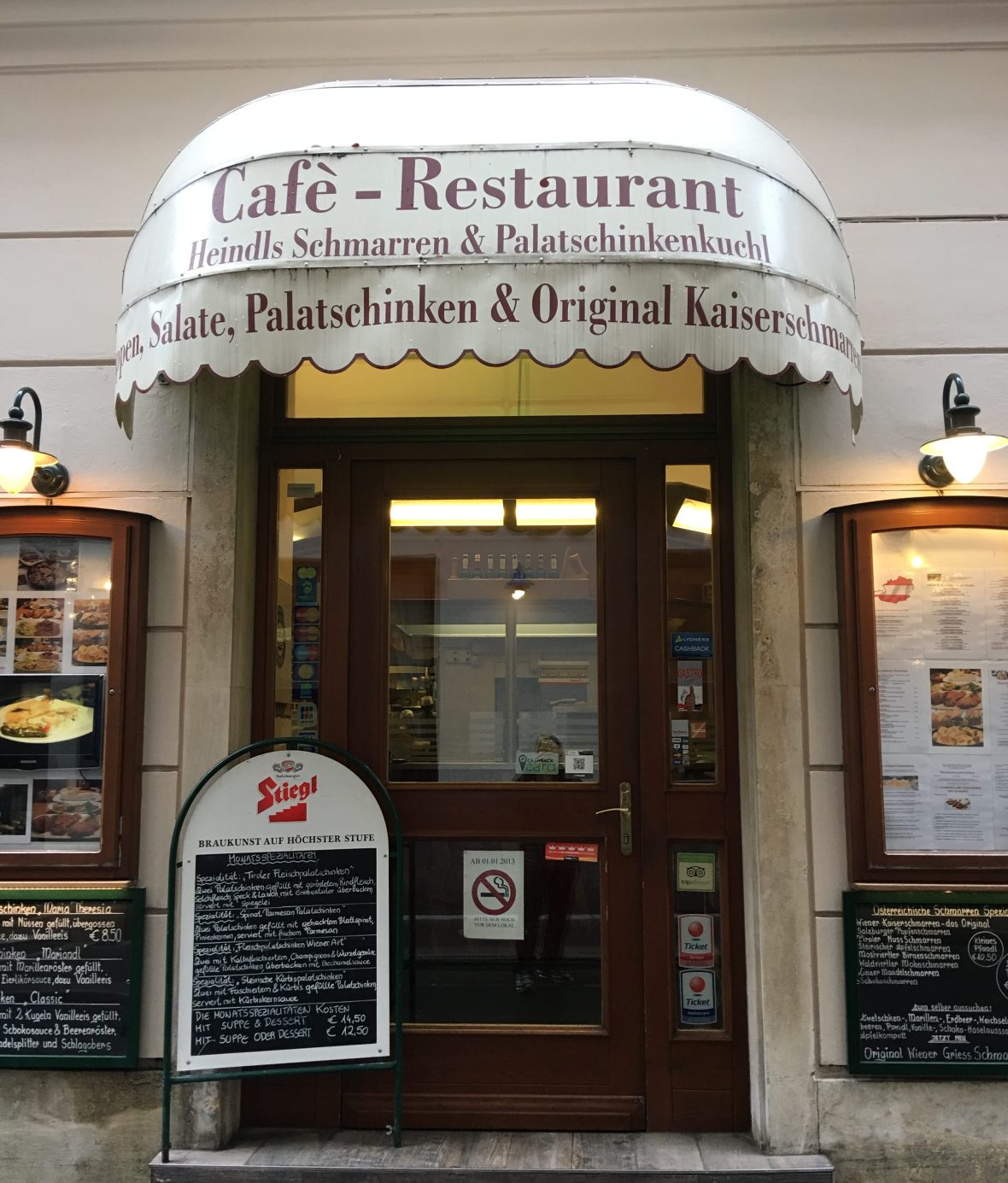 Off we went and sat in the basement, as the first level there was an “open kitchen”.

We opened the menu and realized that this place does have Schnitzel, but is also specializes in Pancakes Viennese Style. But, I wanted my Weiner Schnitzel! 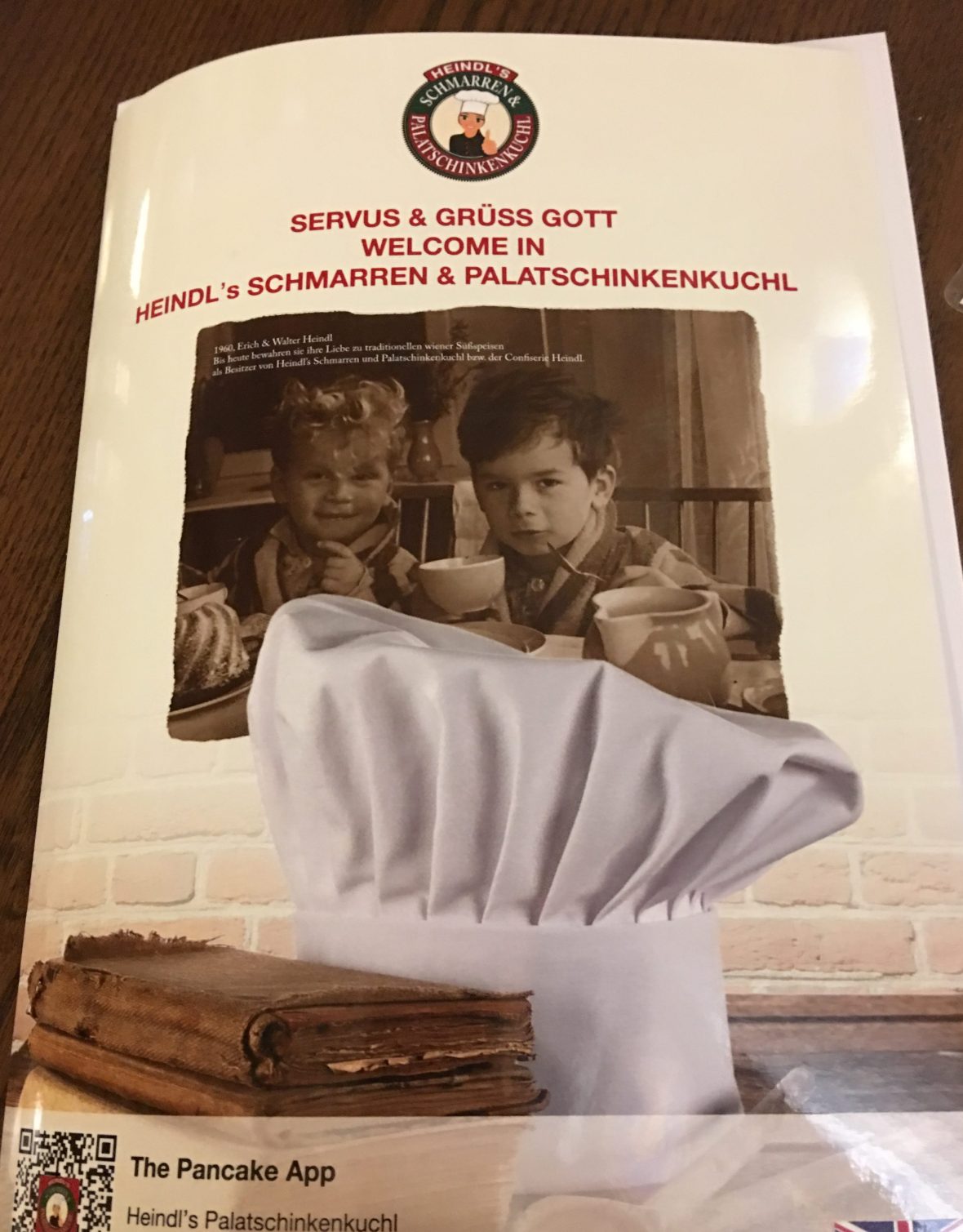 First came the side plate of salads.  I do like the cucumber and lettuce salads.  The potato salad I used to like, but it’s just too heavy to go with everything else.

And here it is!  Served with a whole side of boiled potatoes! 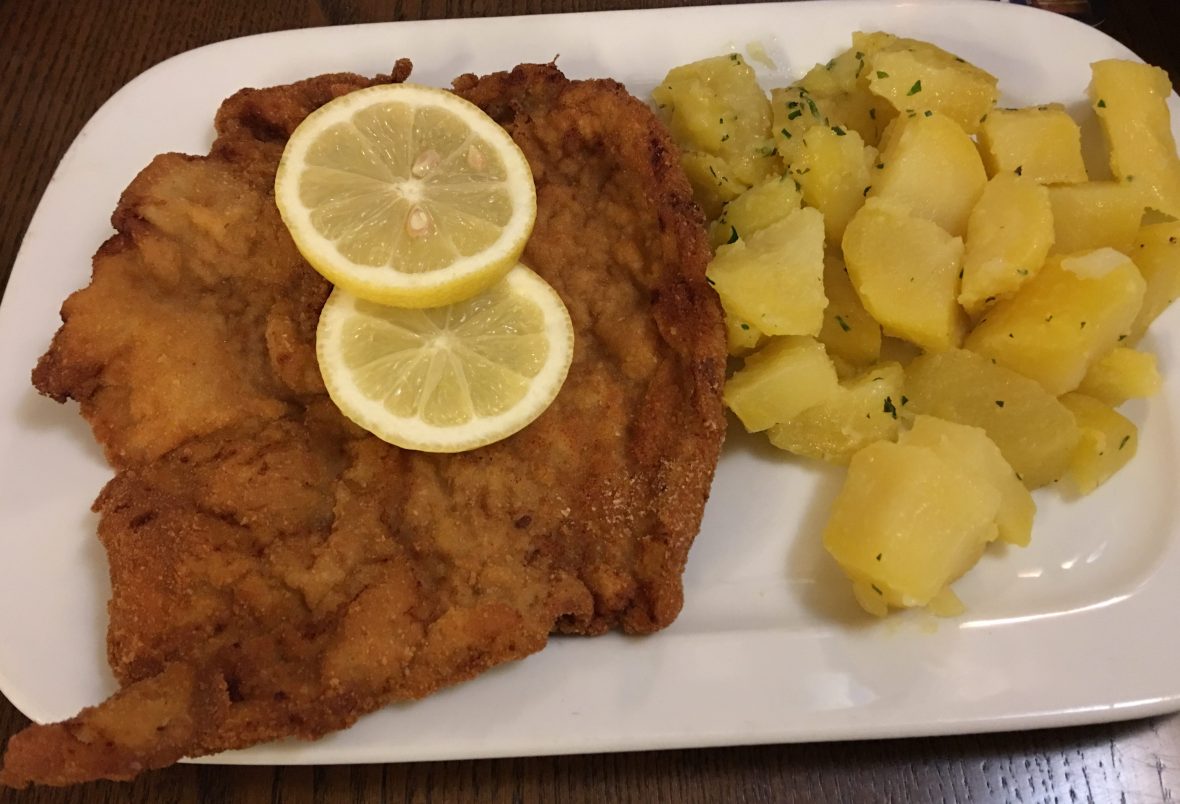 Fried crispy and with a nice layer of breading on the outside, it’s just awesome.  This was really good!

My only wish is that I had more lemon juice of some mustard.  But, that’s how not to eat Weiner Schnitzel!

My Tweets
Join 94 other followers