Where to get local Czech food in Brno?  Stopkova Plzeňská Pivnice was recommended, so we decided to give it a try. 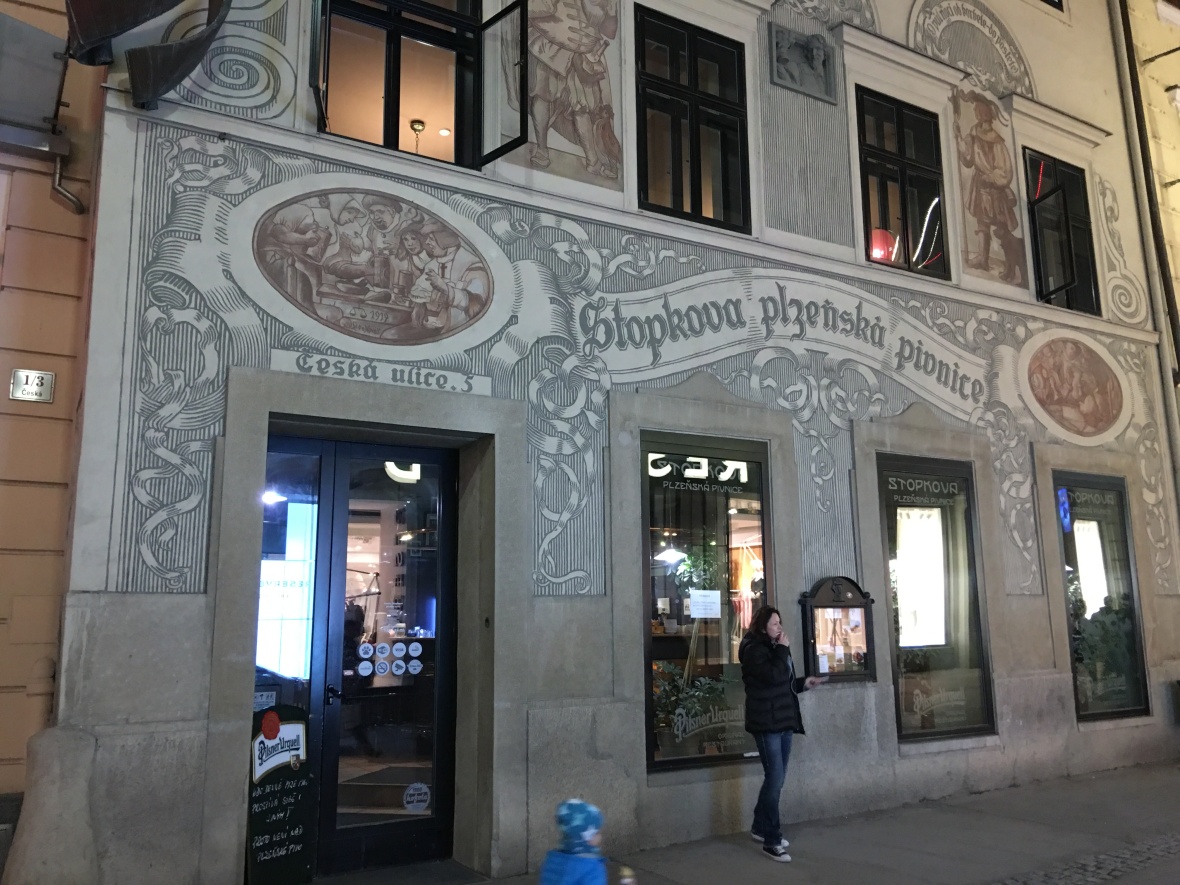 Inside it’s two stories, upstairs is non-smoking and downstairs is smoking. 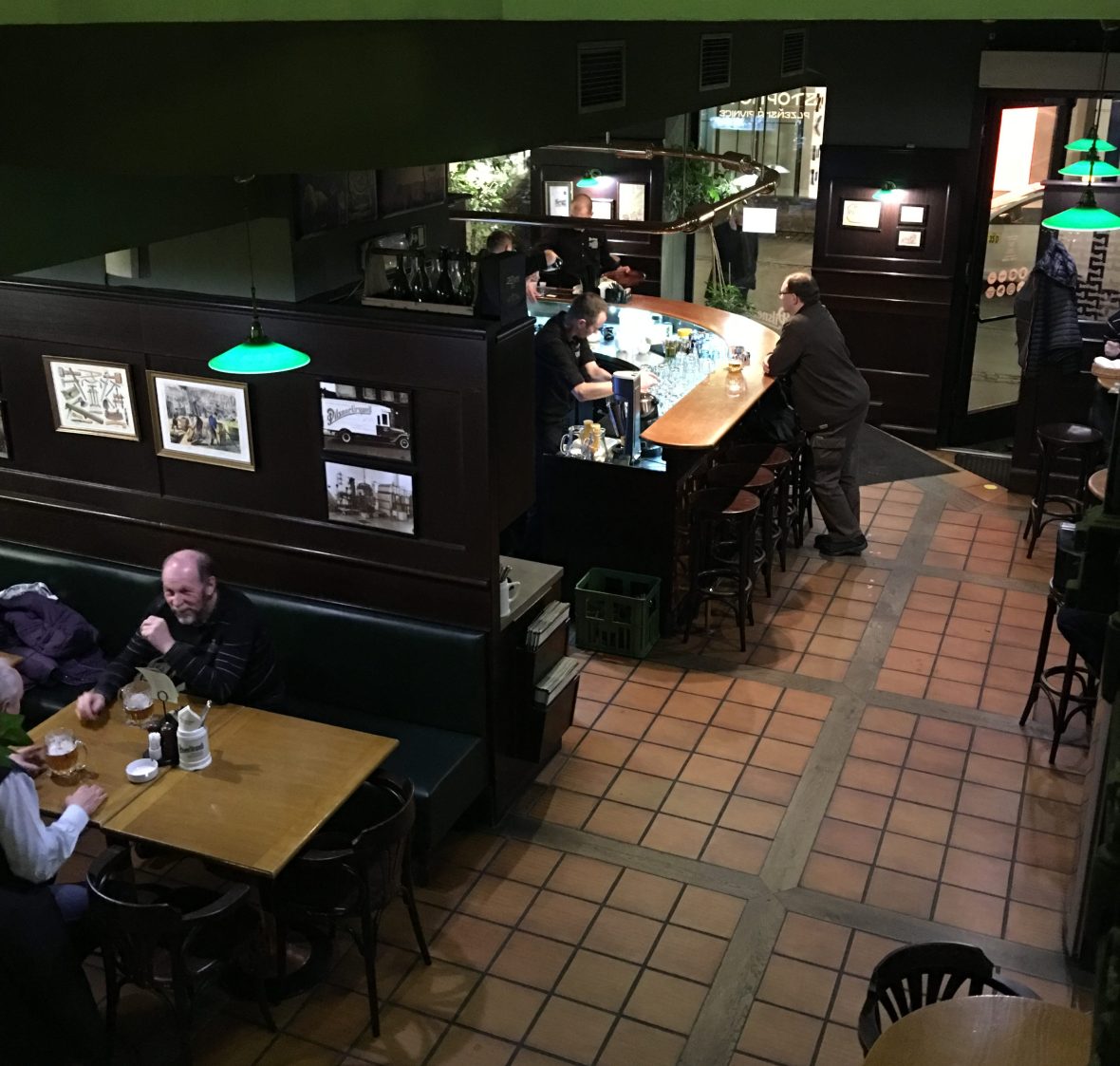 The place is actually pretty big, but you have to be early or else you won’t get a seat! 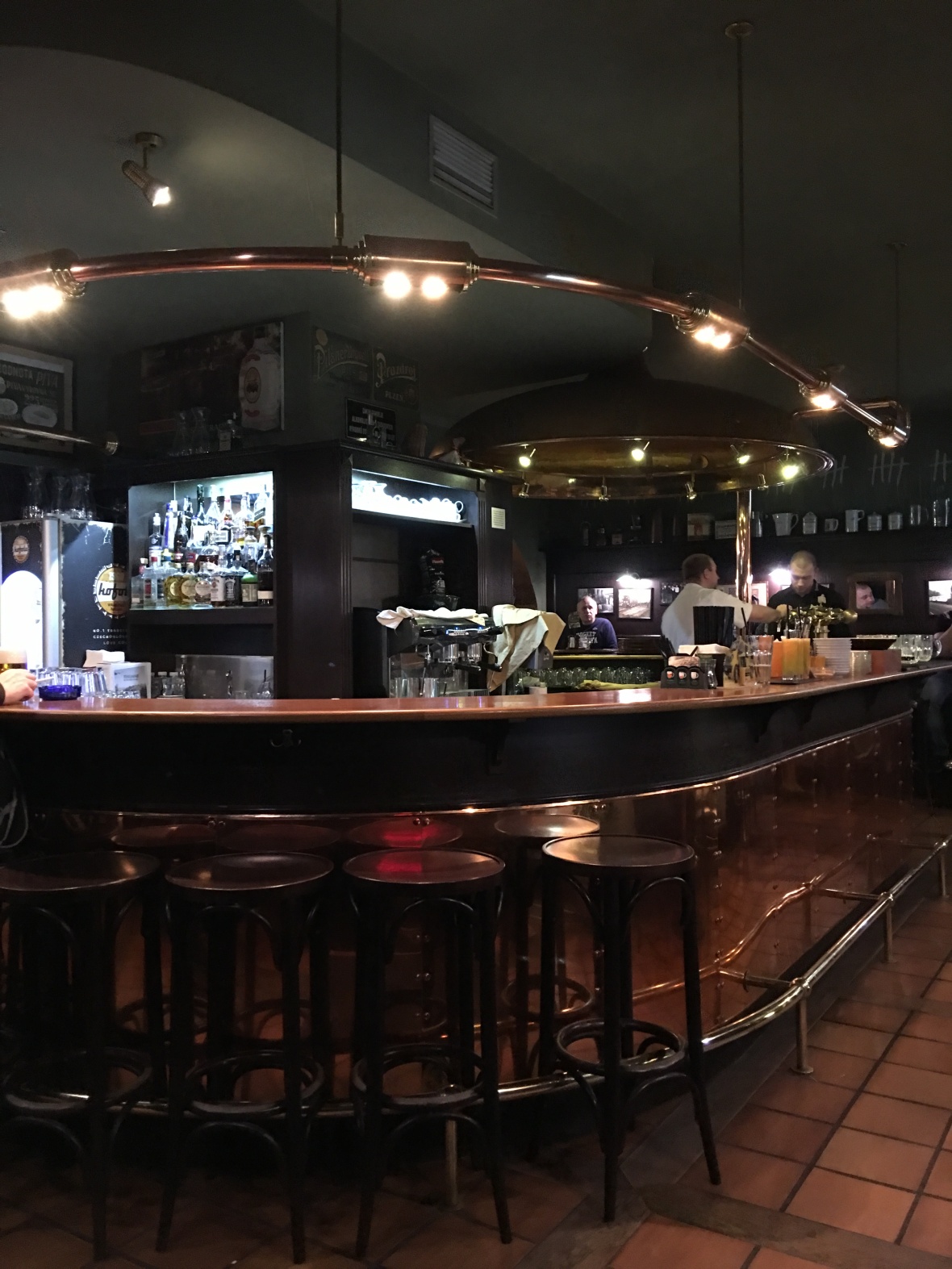 They seem to be pretty well versed in tourists stopping by and have quite a few branches all over the Czech Republic. 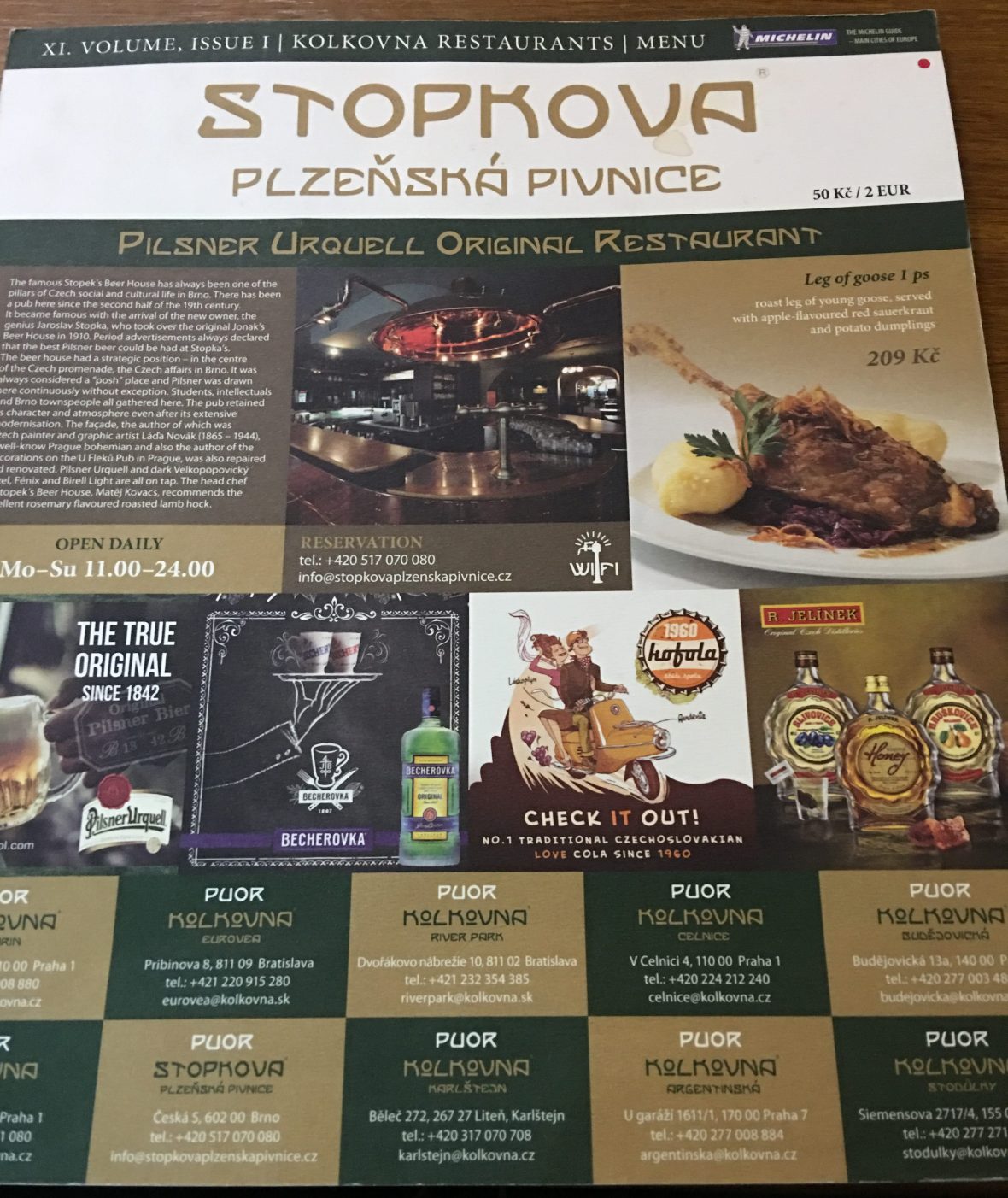 First off, I had to try the Kofola.  This is the Czech competitor to Coca-Cola.  It has a different formula, it’s a little more fruity.  My first thought was that is licorice flavored.  And it sort of is.  It’s refreshing. 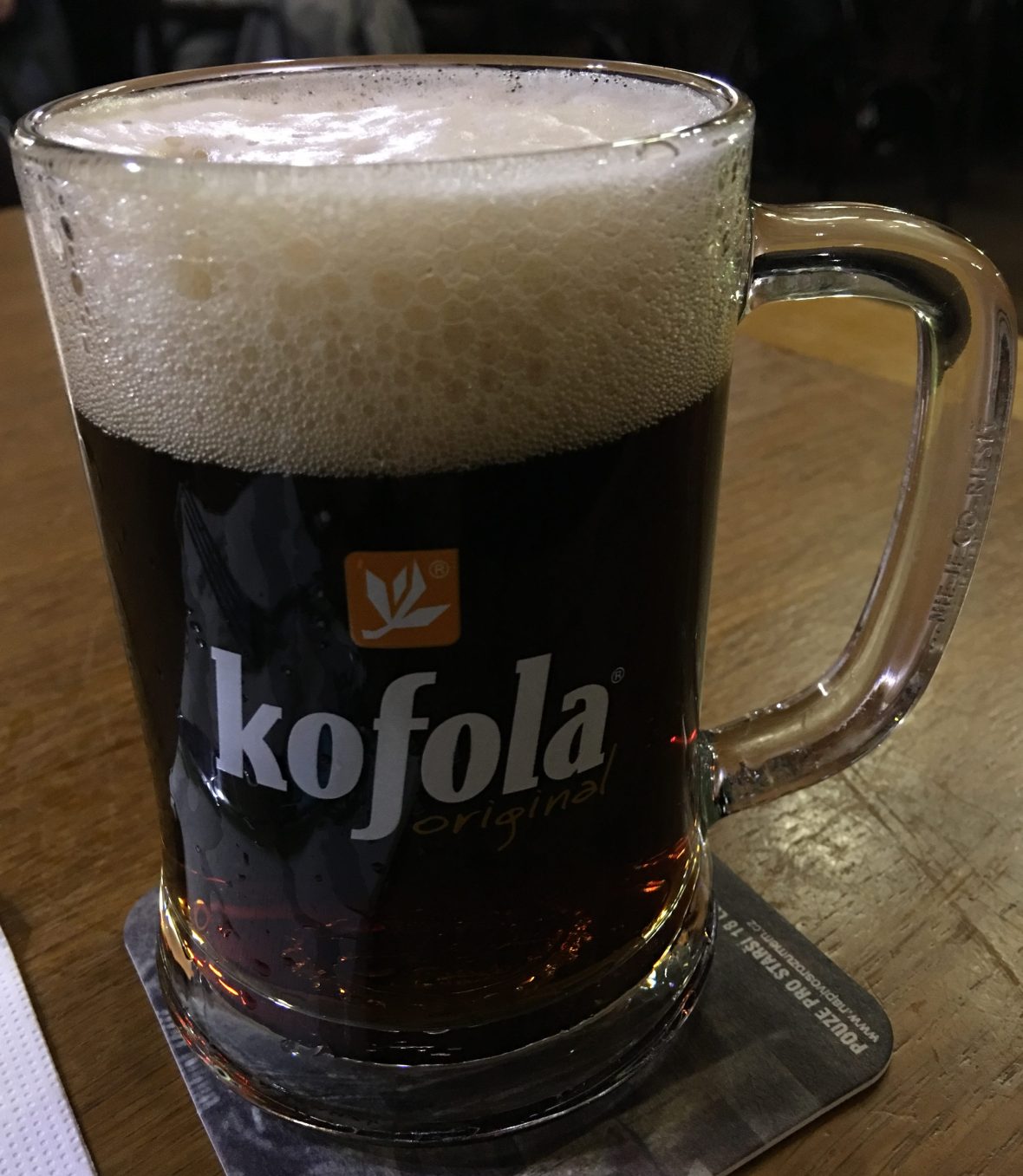 We started off with some meats – Roast Beef, Pork and Smoked Pork with Bread. 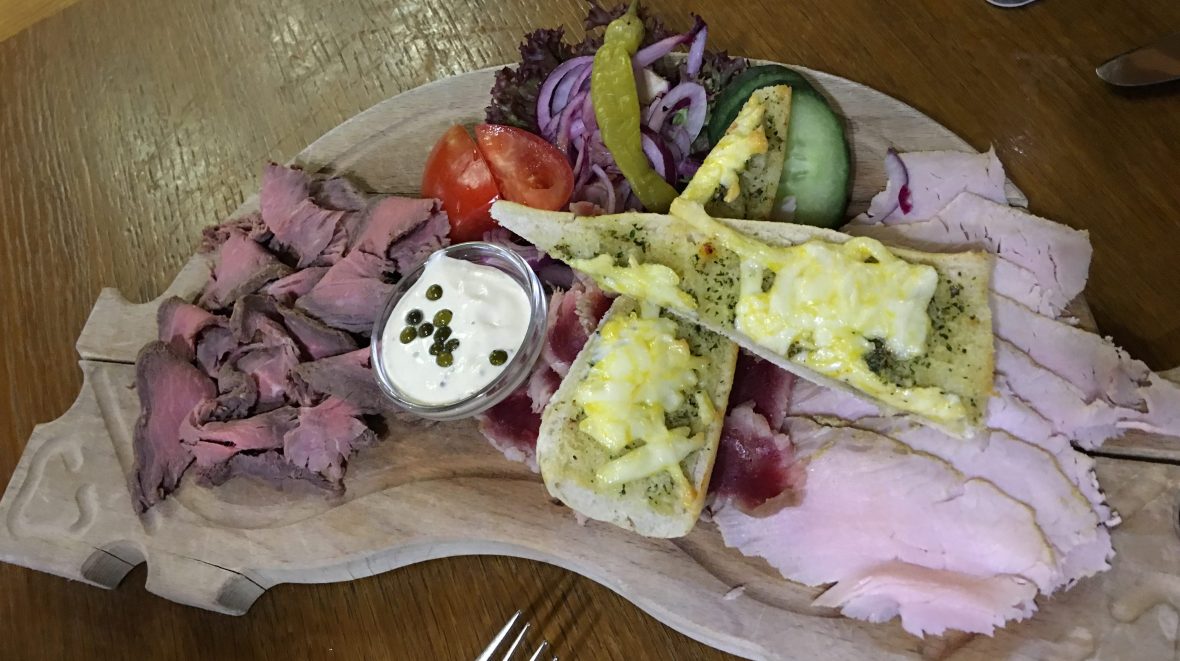 Then we had to try the Pickled Cheese.  Inside the jar with the cheese was sausages.  It was interesting, but also salty as anything. 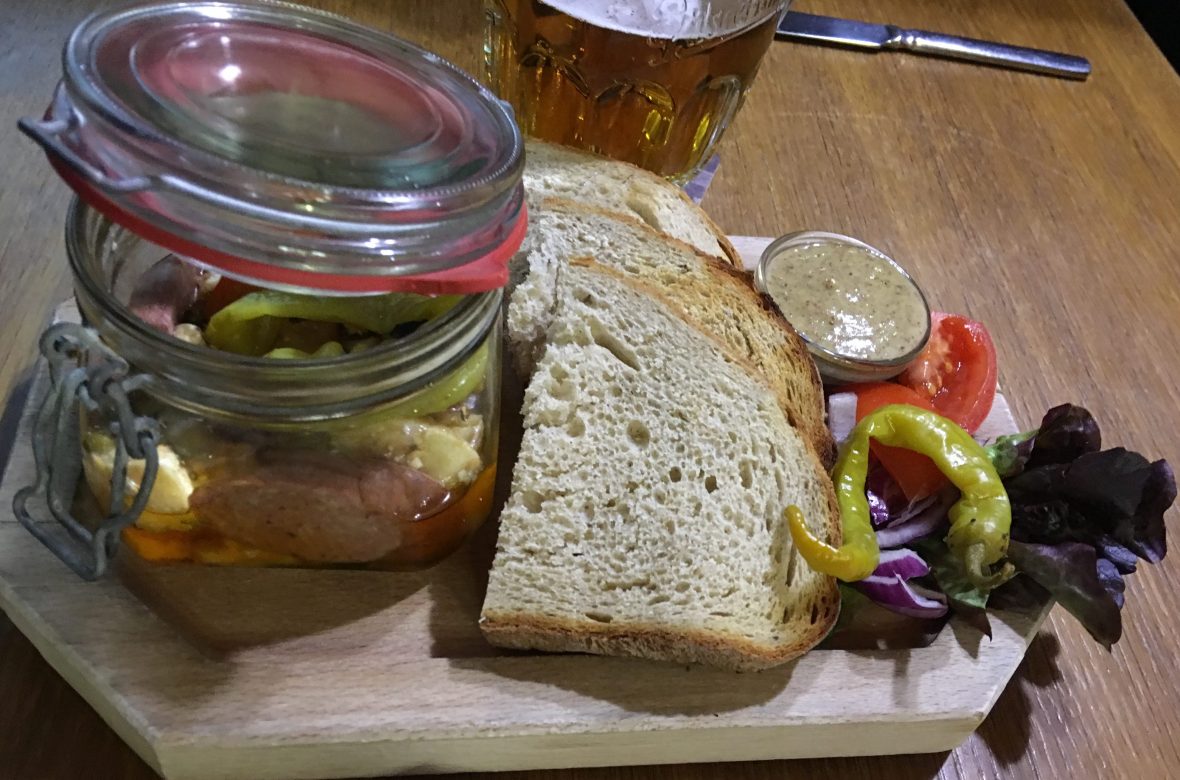 On to the main dishes.  The waiter recommended the Svíčková, which is Sirloin cooked in Cream Sauce. Served with Bread and Carlsbad Dumplings. The Bread Dumpling is like the German style, while the Carlsbad are more like a Tiramisu style, with whole pieces of bread in a “terrine” style. 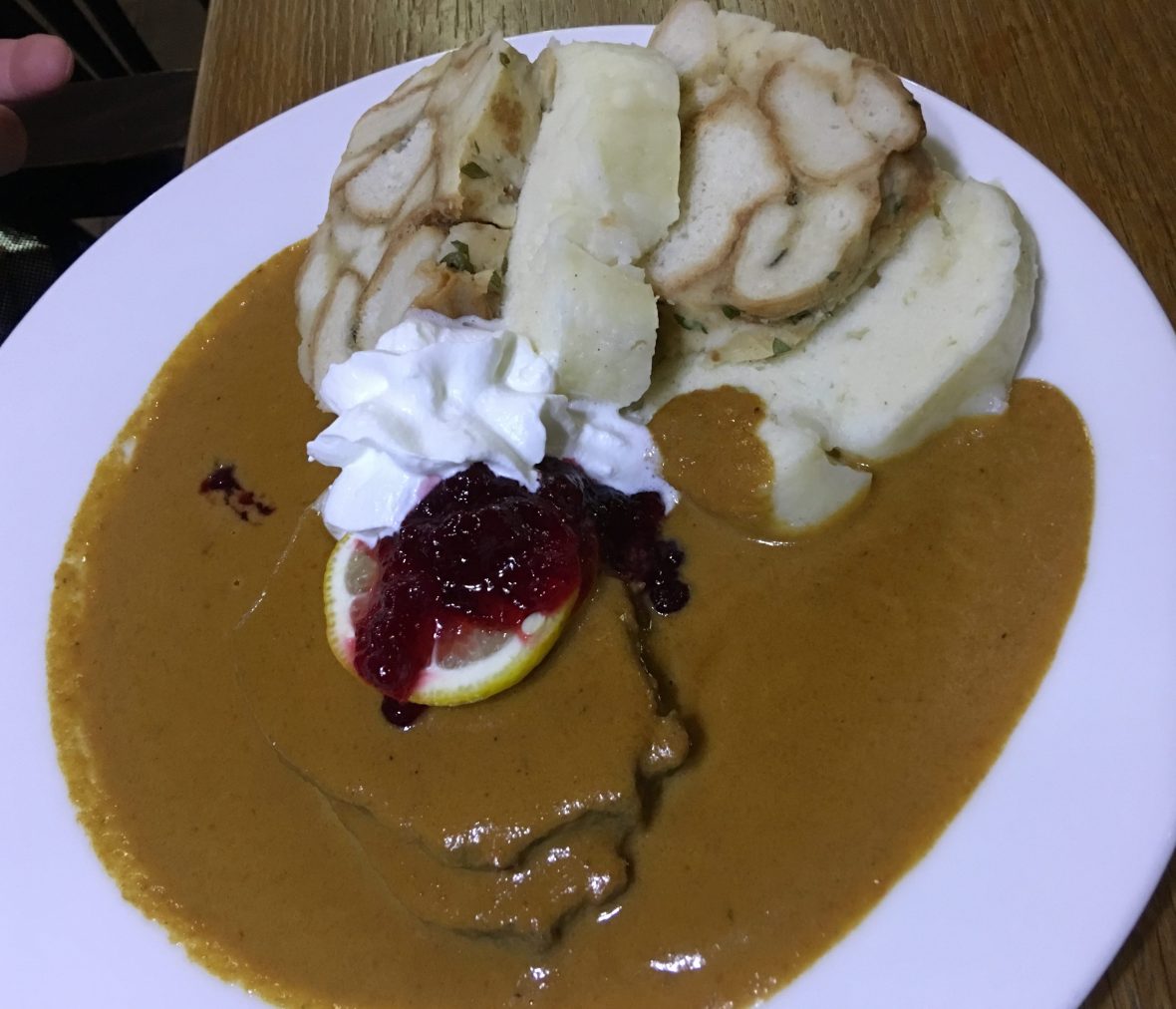 Went with some Roast Goose leg.  It is definitely different from HK style Roast Goose.  It is tender, and with the Red Cabbage, Fried Onions and a very, very heavy Potato Dumpling, it’s filling and fattening. 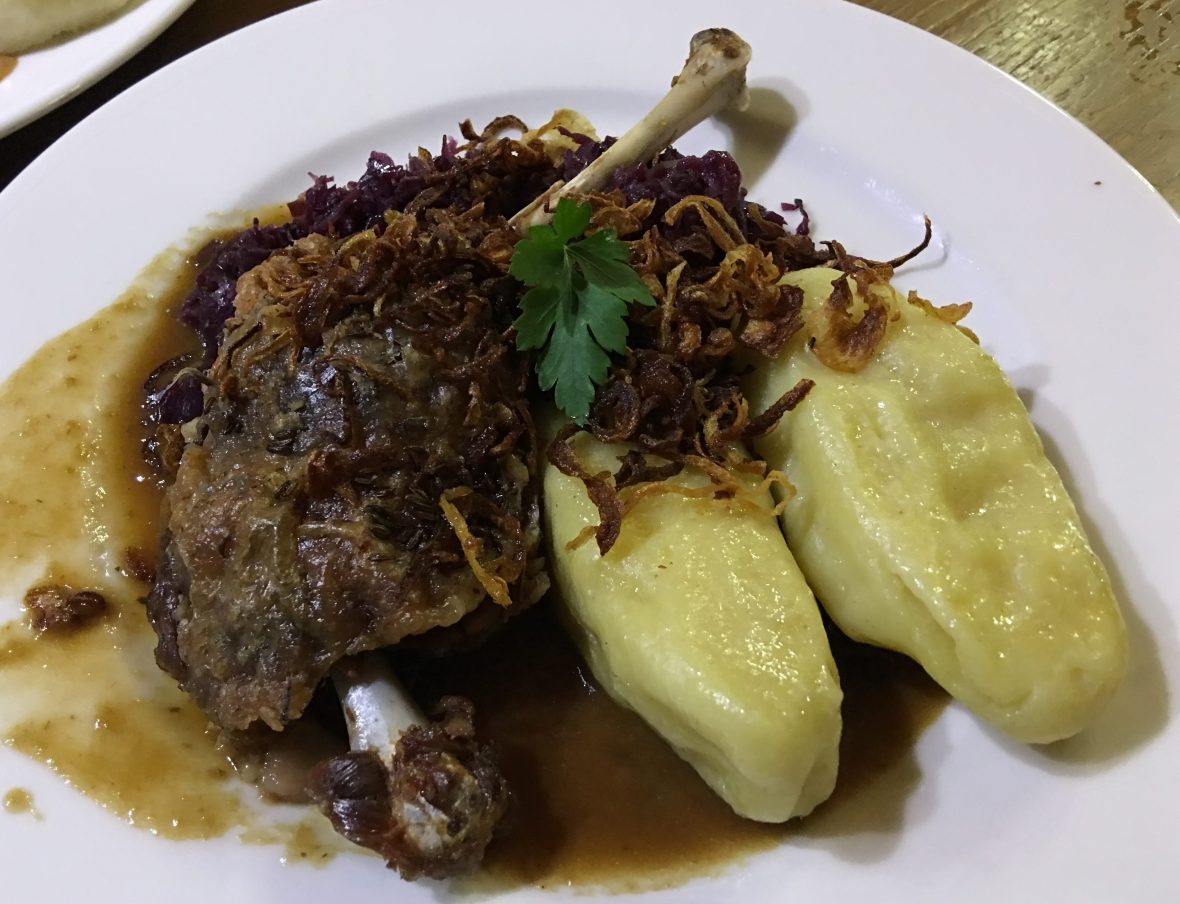