I also love me some tacos. I have had some great tacos in my travels to Mexico and living on the West Coast of the USA.

It’s much harder to find in Singapore so I hoped Taco Tuesday at Platypus Cantina would satisfy me. 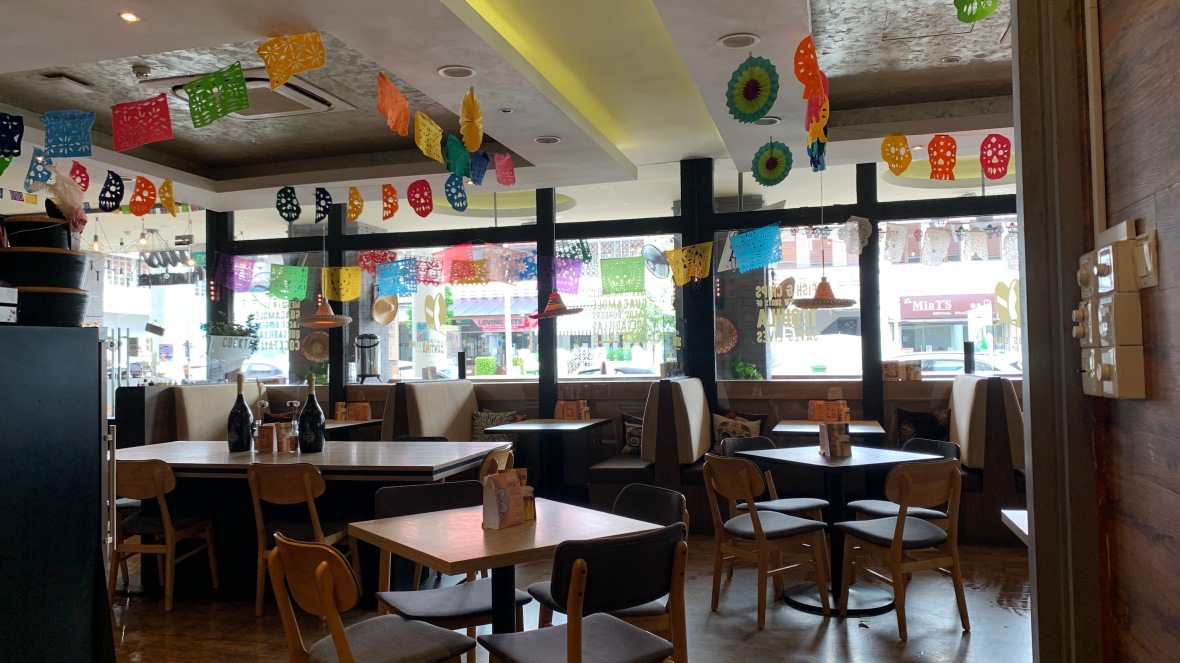 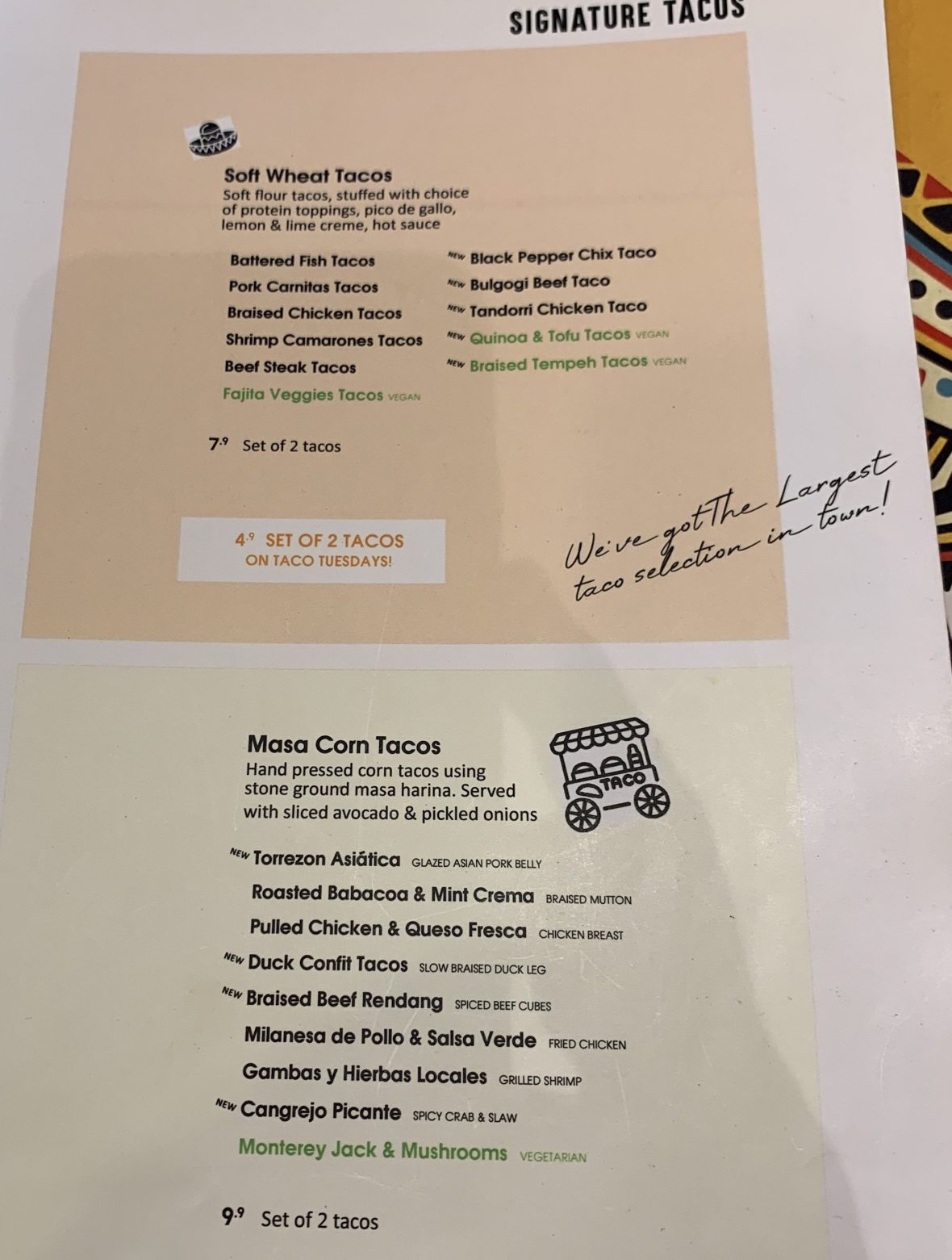 Battered Fish and Shrimp Camarones. The fish was nice and crisp as was the Shrimp. The topping was light and refreshing to go with the crispiness. 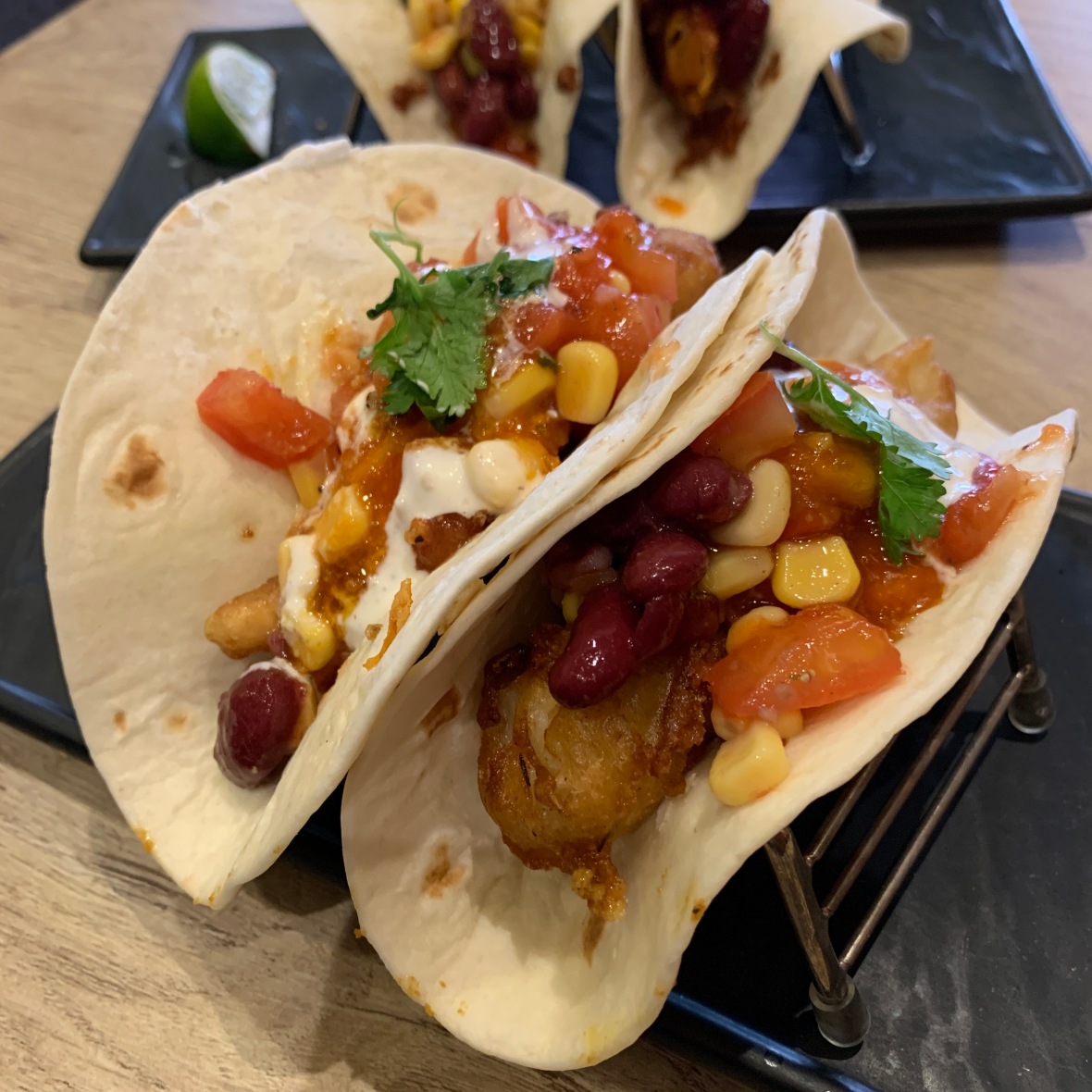 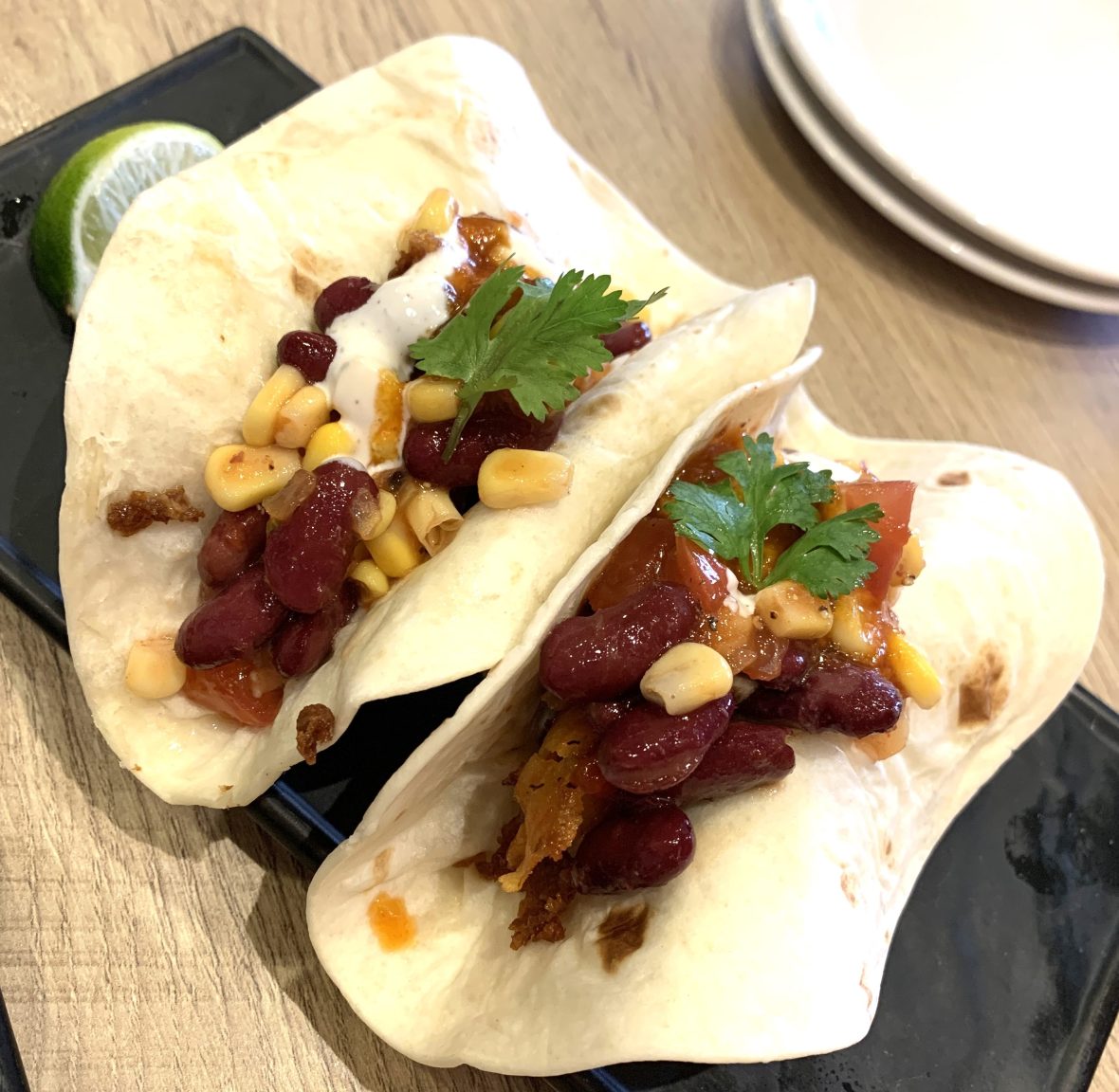 The last Soft Tortilla Taco I tried was the Tandoori Chicken. It was not Tandoori and just way too salty. Not quite enjoyable. 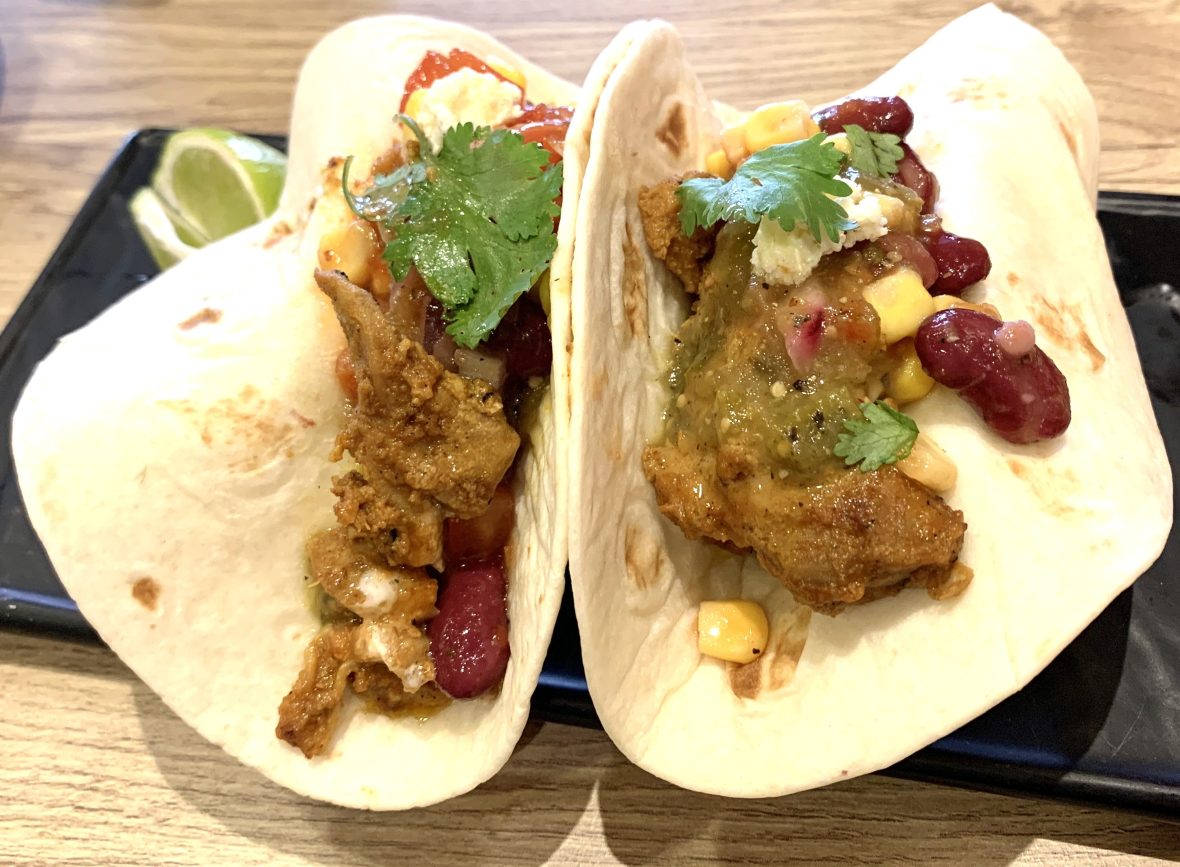 Then we moved to Corn Tortillas.

Roasted Babacoa, which is usually Beef or Pork in Mexico or the US, this was Lamb. It was ok, just not the flavor I expected. 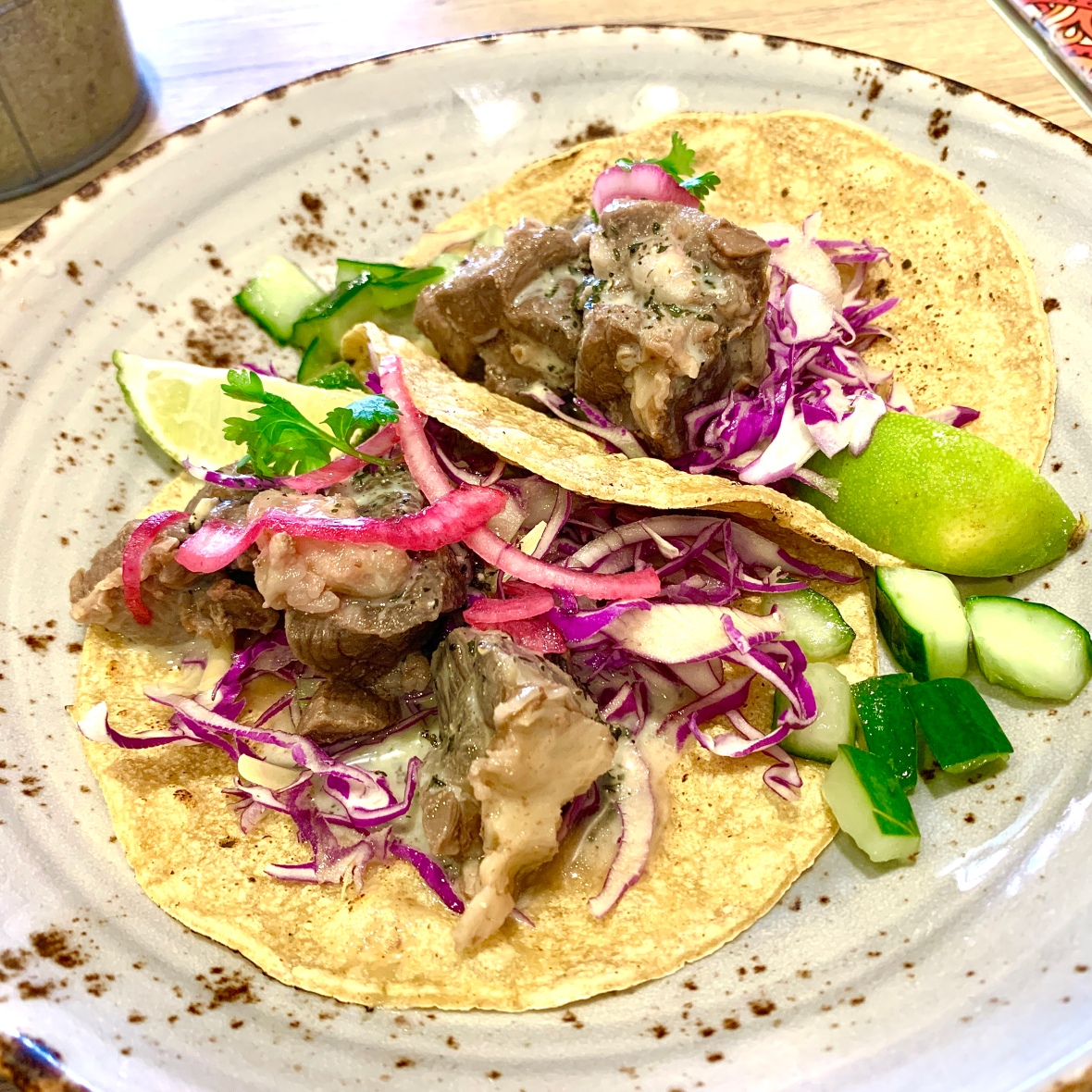 The last was Milanesa de Pollo & Salsa Verde. The chicken was nice and crisp and the Salsa had a nice amount of heat. A good taco for sure! 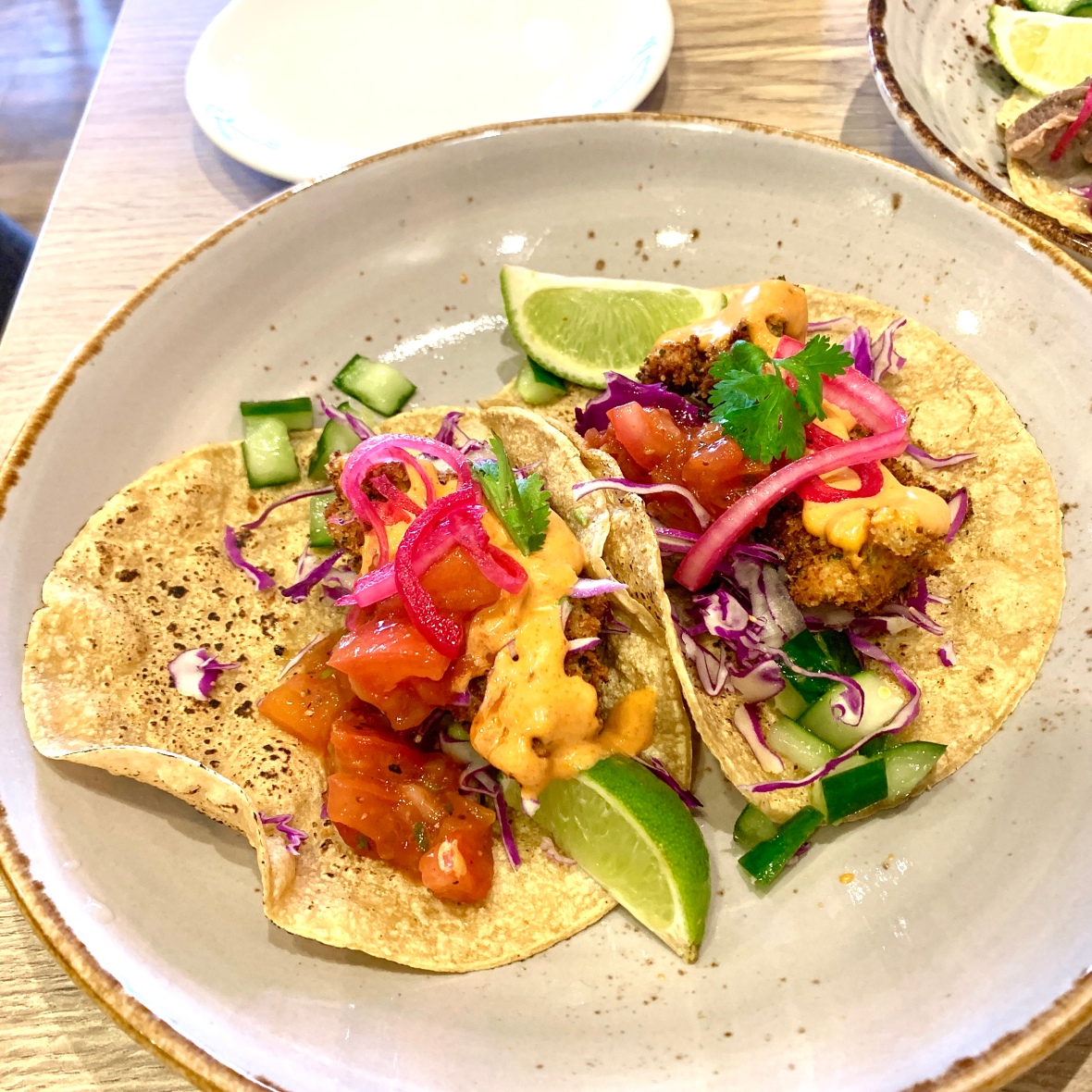 I wish that the toppings and sauces varied depending on the filling. It was the same for all Soft Tortillas and Corn Tortillas. More variety would have brought out the tacos even more.

I would try it again for sure.