The original branch of Cho Kee Wanton Mee is situated in the front row, a stall separating it and its rival, Hua Kee Hougang Wanton Mee.  Some days I like Cho Kee, some days I like Hua Kee.  Depends on the queue really.

For those who don’t know the names or the difference, Cho Kee is the blue one.  In addition, they have the numbered queuing system.  They’ve also started to use tickets with your number on it.  Previously you got your number and you had to remember it (something that Lena often forgot, so this is good for her).  So with the numbering system, it’s a little deceptive sometimes in trying to judge the length of the queue.

Living so close, I love to ta bao from Old Airport Road.  Cho Kee also recently just went and had new takeway containers made for themselves.  No extra cost for this container. 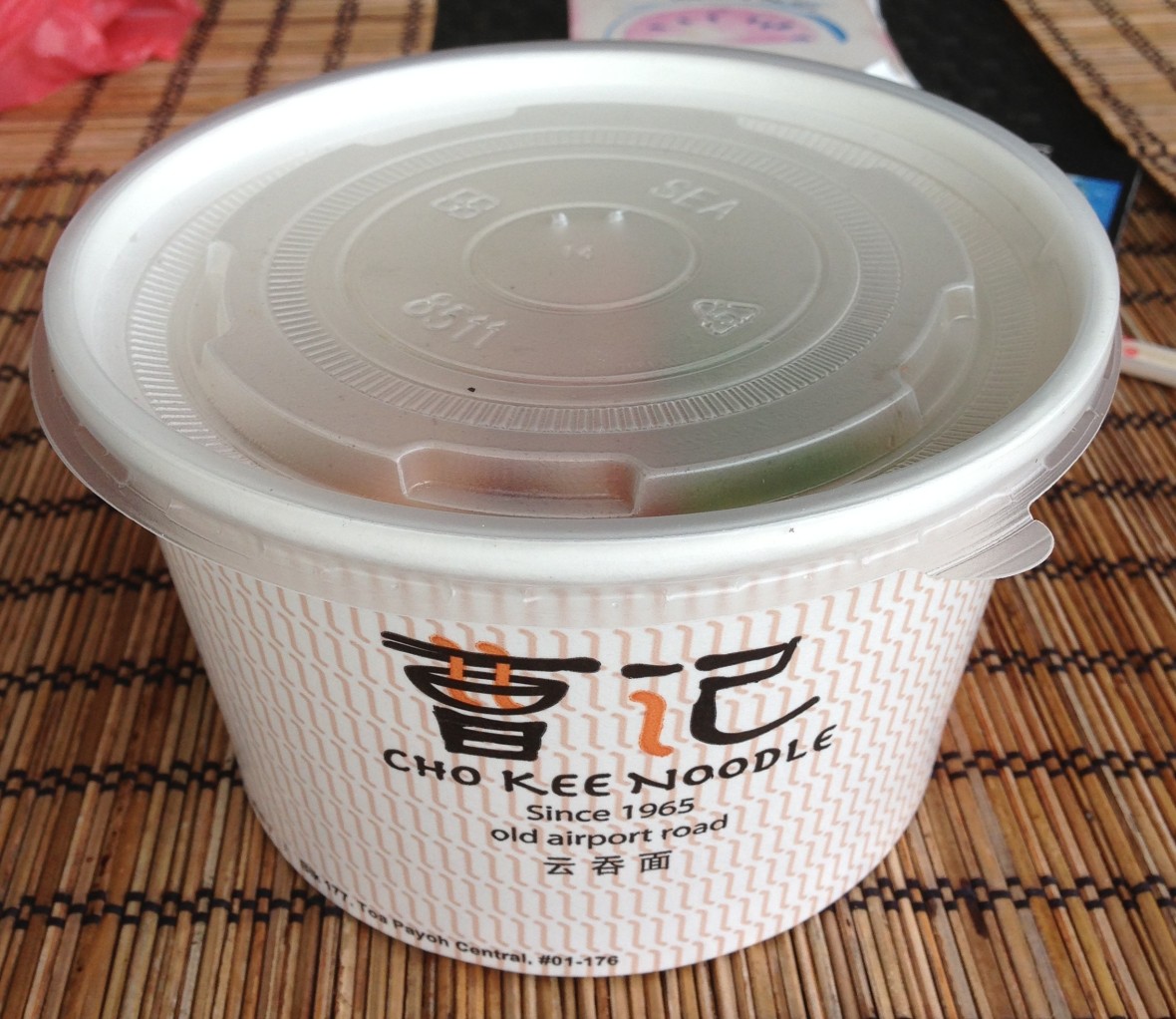 Here it is, the $3 portion of Wanton Mee.  Quite filling, there were four Wanton and plenty of Char Siew inside.  The chili bites a little and is quite nice.  I do like the Wanton at this stall, the noodles are ok for me.

They also have stalls in Toa Payoh and i12 Katong Mall.  I haven’t tried those stalls yet.