It’s been awhile since I’ve been at Chomp Chomp, so one night when we went to visit some friends, we decided on a late dinner at Chomp Chomp as it was close by.  It’s been so long I can’t remember what stalls were good or not, just that the Carrot Cake was nice.

Our friends also hadn’t been there in awhile and we just decided to order a few things here and there from random stalls.

First off, it was a hot night, so drinks.  In the middle of Chomp Chomp at Stall 25, there is now a huge sugarcane stall which sells giant mugs of sugarcane.  Great for a couple to share.  $3 but huge and uses a lot of sugarcane, not much water diluted at all.  They also have other fruity drinks too, but the sugarcane, nice. 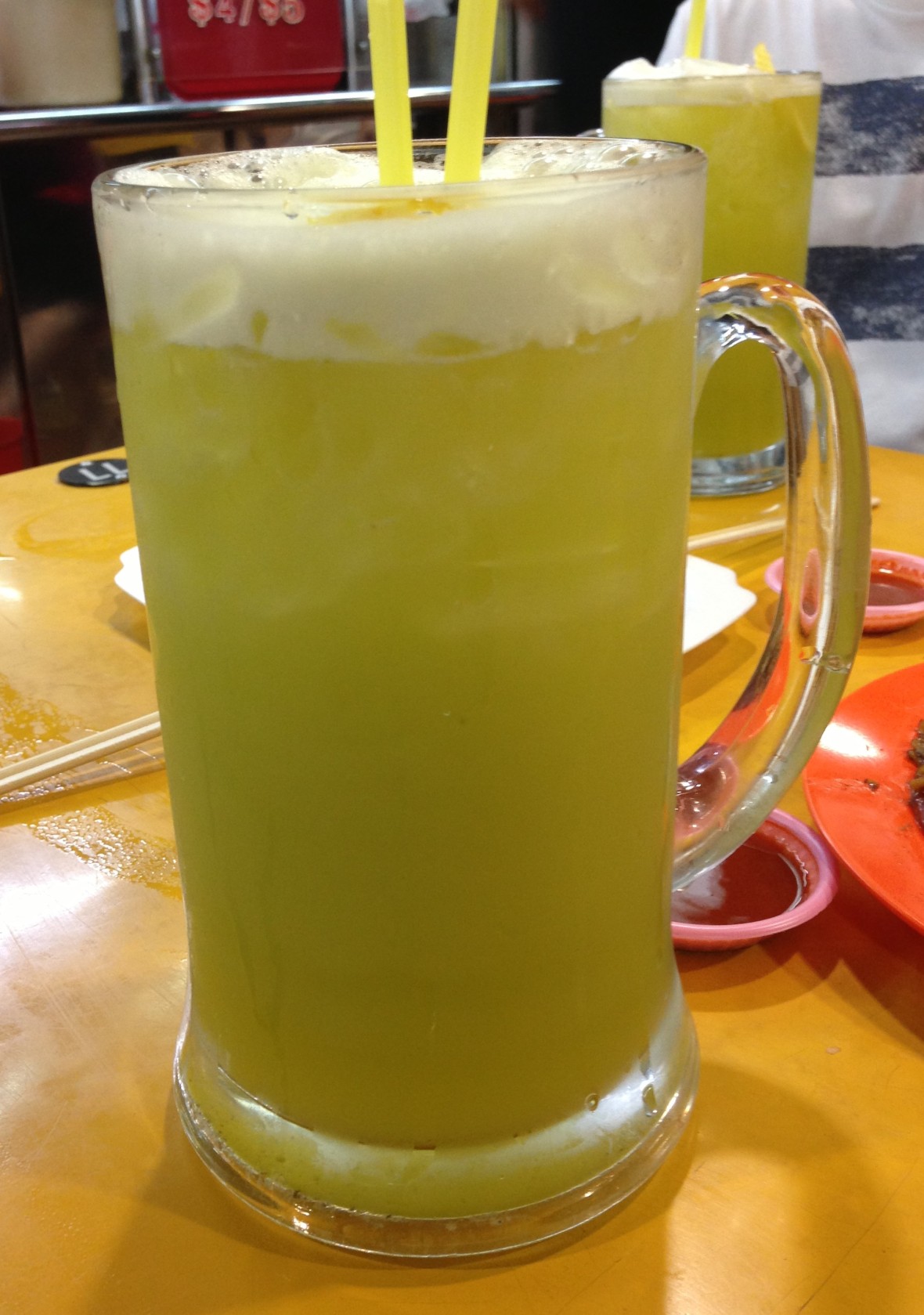 First off, Char Kway Teow from this stall.

I tried a little, not so oily at all, quite nice, but a little flavorless.  Not sure what it is, but there just isn’t that Oompf from great Char Kway Teow.

I don’t eat Oysters, so I’m not sure how it was, but I was told it was ok, not too oily, so quite ok.

People say that if you go to Chomp Chomp, you must get BBQ Seafood, especially Stingray.  There are an abundance of shops that sell BBQ Seafood there, so you just choose and try.  If you like, you go again.  If not, you try another one next time.  This time, I chose this one because the queue was not long.  And it looked ok.

Stingray.  Quite nice, Chili was quite hot, but the fish was nicely done.

Sotong.  Nice as well, but this one, the chili was overwhelming.  It was hot and spicy, no doubt at all.

Next up, some Rojak. 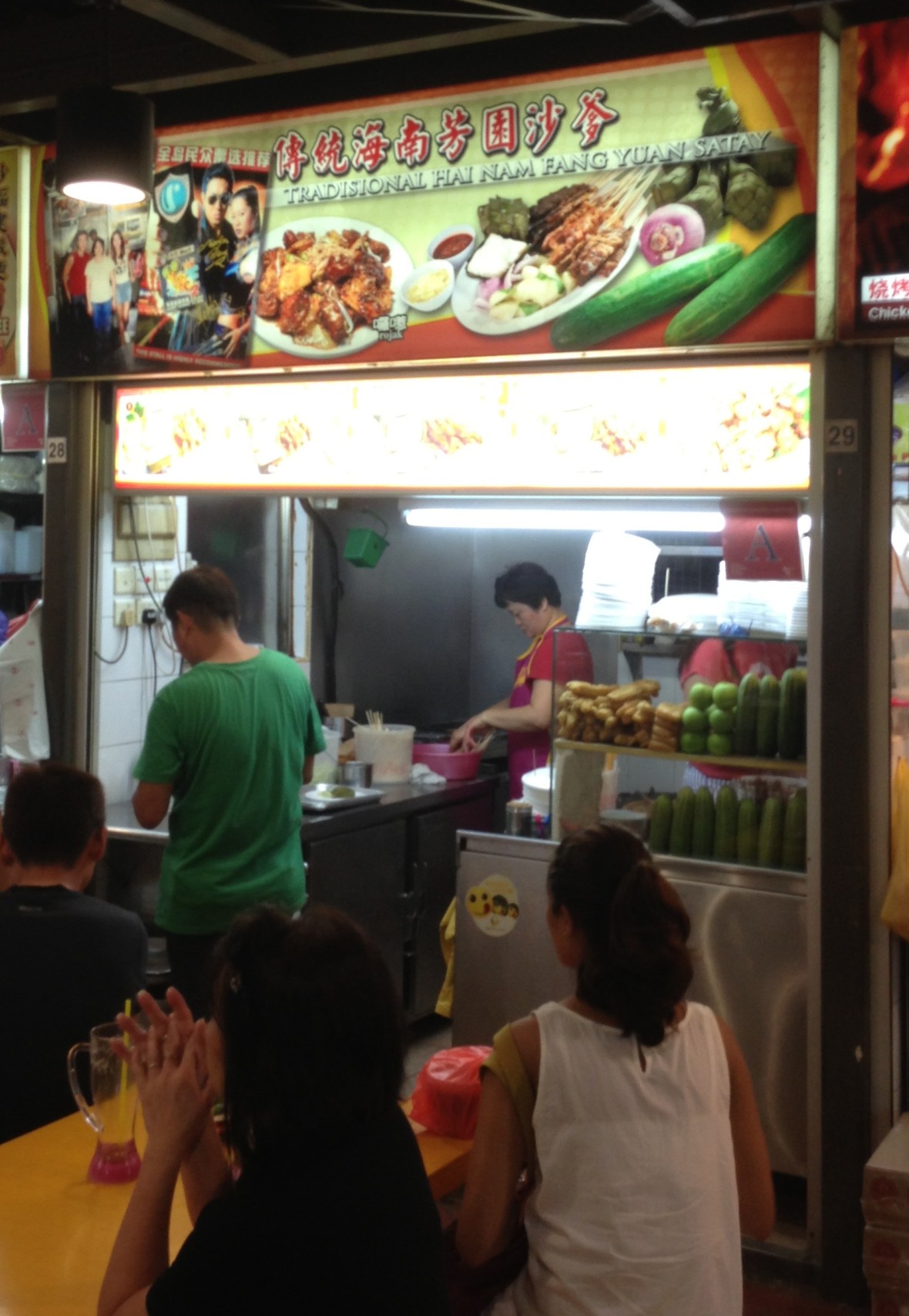 This looked real nice, and tasted quite good also.  I would do this one again. 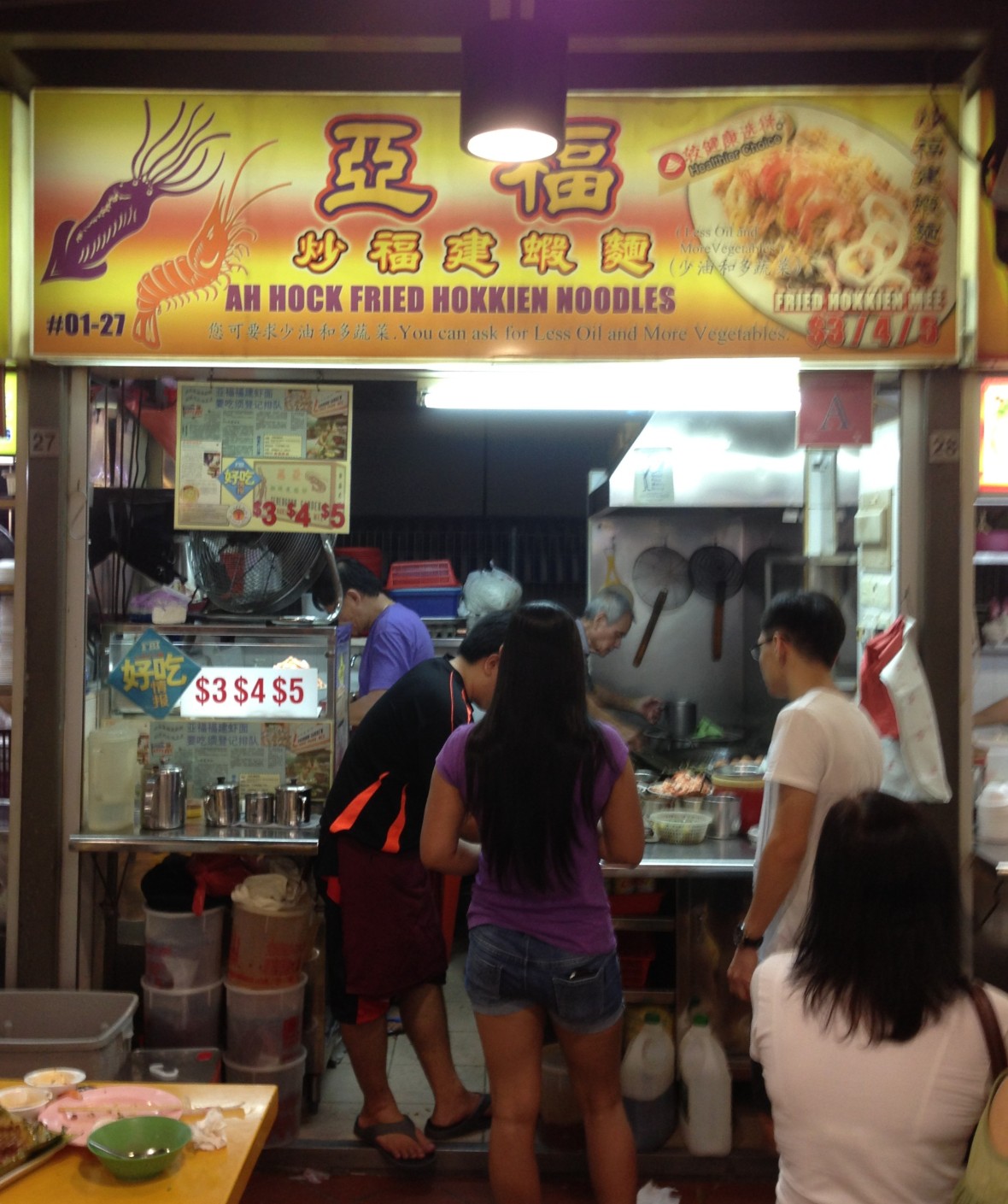 The wait was at least 30 minutes.  The taste, was only ok.  Flavorless really.  But it advertises less oil and fat, so I think that’s what you get.  The other stall is not like that, so next time we can try. 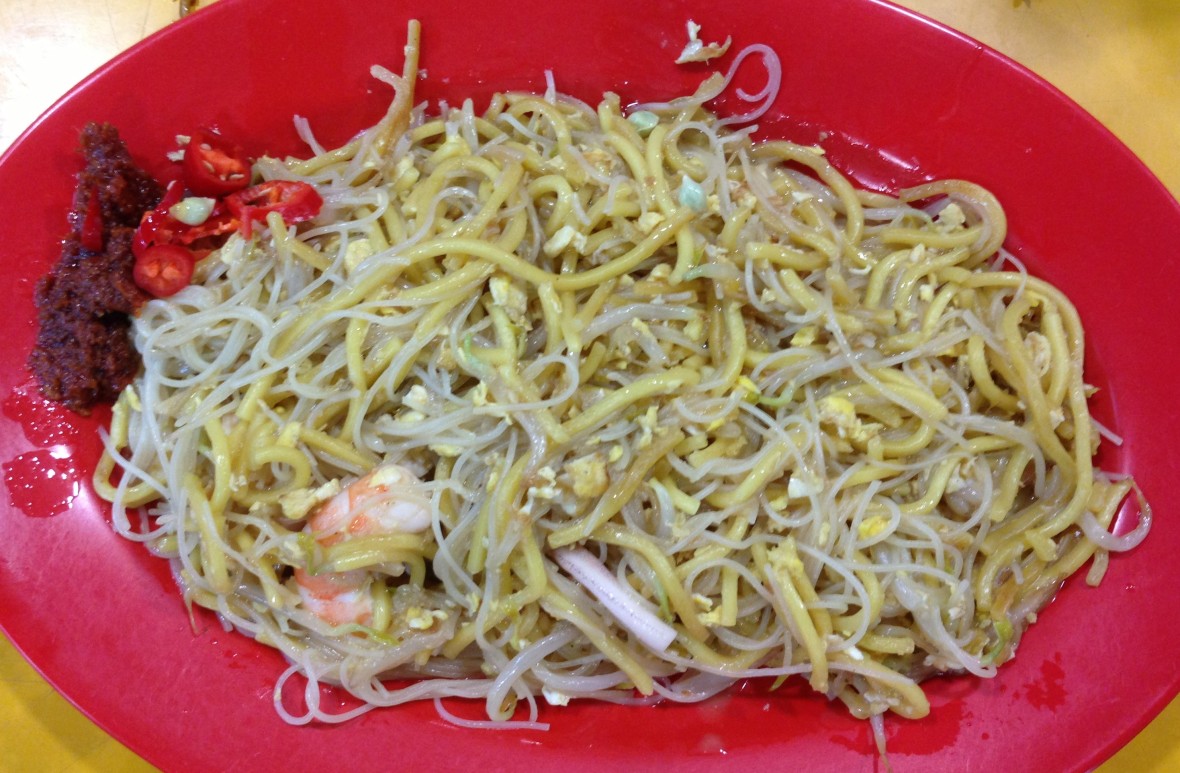 Chomp Chomp is always an experience.  You have to try it, get your clothes and hair smelling like BBQ and just enjoy the atmosphere.

Me, I prefer East Coast Lagoon for BBQ Seafood, because it’s more spacious.  Just as crowded, but I like the atmosphere there a little better.

That doesn’t stop me from coming back here though.