We always say here that Groupon allows us to try things.  We don’t hang out at Robertson Walk or Robertson Quay very often, we just don’t go down that way.  But when a Groupon calls, we go and we try.  In this case, we had bought a Groupon for Haxenhaus, forgot about it until the very last day, and then we remembered.  So, we had a late supper at Haxenhaus for the two of us. 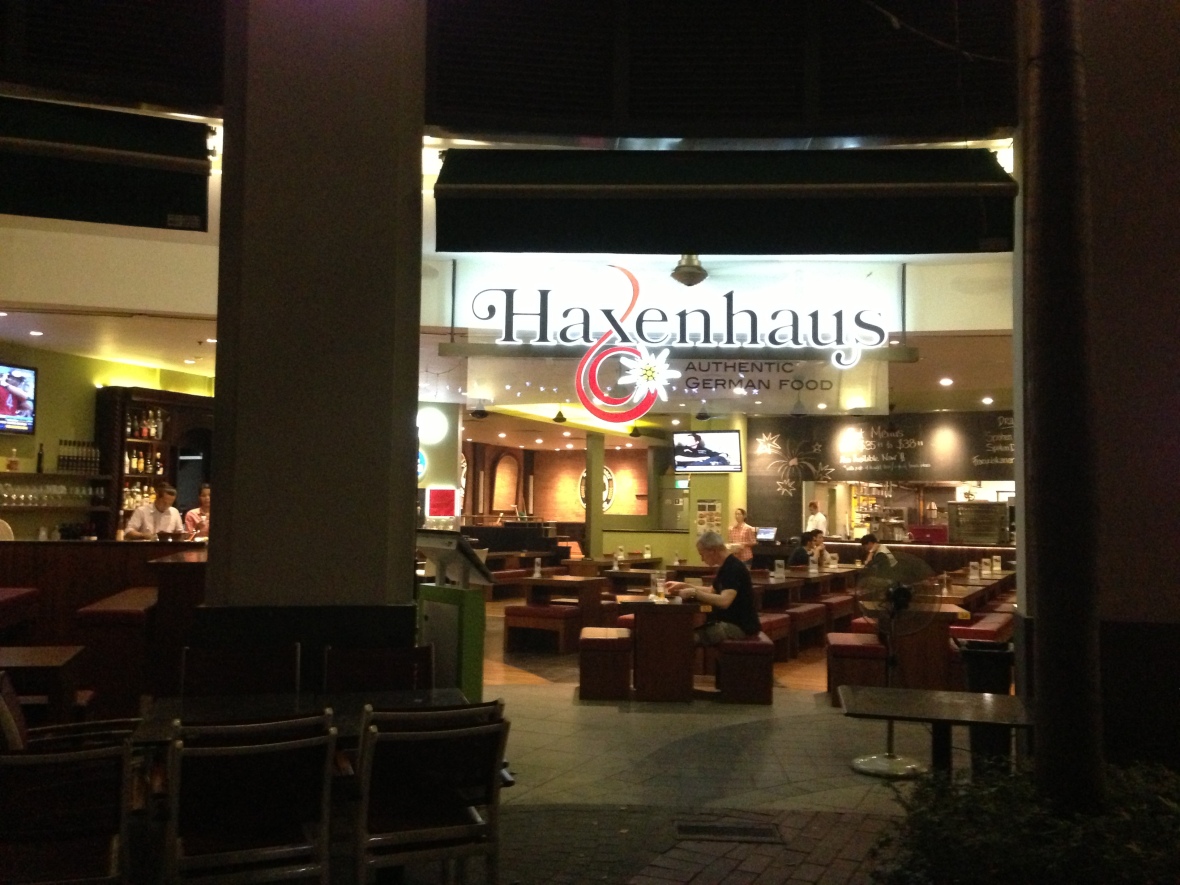 Lena and I weren’t very hungry, but we had to use the Groupon as it was our last day to use it.  So we shared some supper.  We wanted one main and one dessert, that would do us good at 10pm.

We thought the Schweinsaxe would be too much at this hour, so we went for the Weiner Schnitzel.  We decided on Veal, because, you must have authentic right?

It came out very quickly, the breading was a little crispy, but still too wet, not dried off enough and formed some juice at the bottom, so after one or two bites, it was just wet breading on a piece of veal that was salted a little too much.  The cranberry was ok, Lena preferred it with the cranberry.  And the potato salad, cold, in contrast to the Schnitzel, provided a different feel.  And it felt haphazard, with all of it put on the plate.  The Schnitzel right on top of some potato salad.  Pretty messy.  Not worth the $33 that one would have to pay for it. 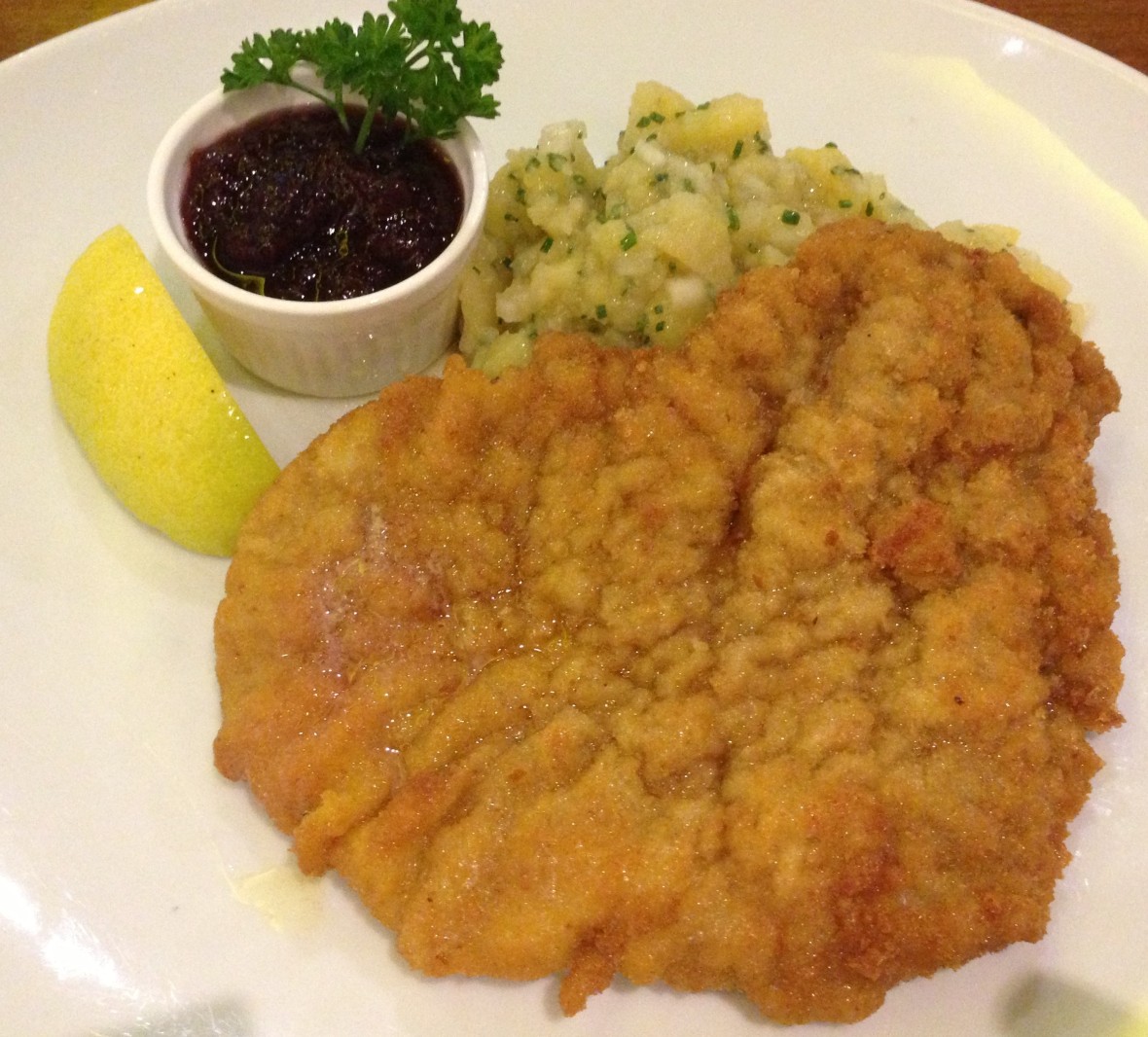 Our dessert was Kaiserschmarren.  Pancakes with Raisins and Currants, and then some stewed plums.  It said it would take awhile to make.  I didn’t realize that meant 40 minutes.  So after our Schnitzel arrived after 5 minutes of ordering, we sat there for another 30 minutes before this came.  They said it’s worth the wait, was it?

Not really.  It was nice, no doubt.  Freshly made, the pancake was nice.  But it lacked juice.  The plums had no sauce, so you couldn’t pour it on the pancake.  It lacked more sugar, the ones in Austria usually have a ton of icing sugar on them.  But, it was better than the Schnitzel. 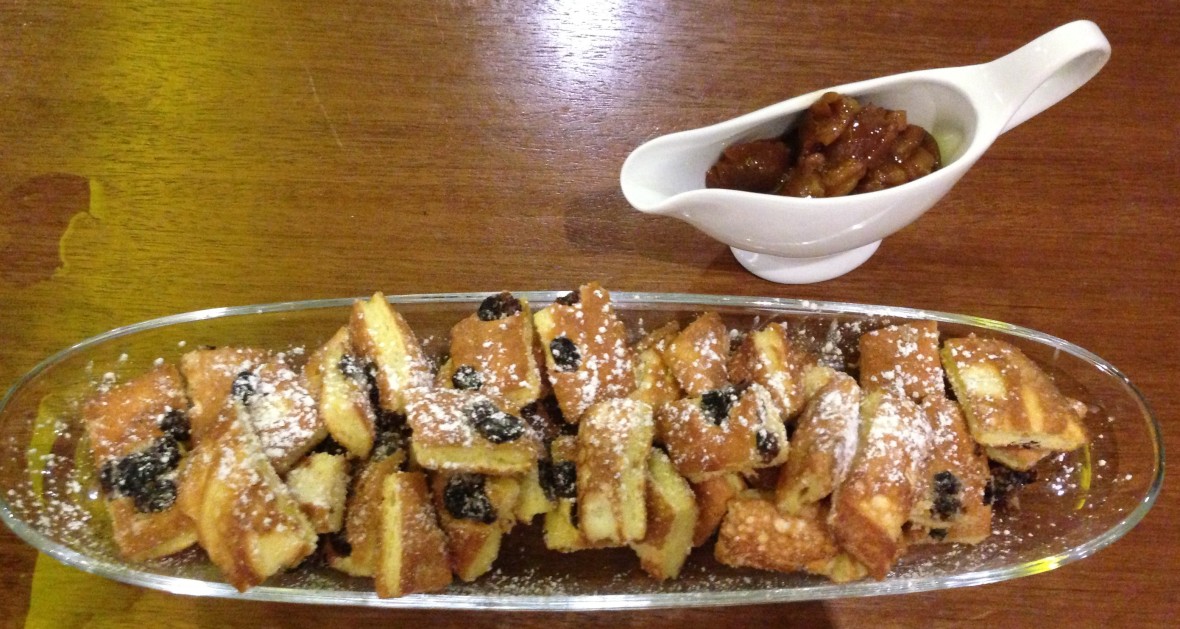 They draw a healthy crowd because they are at Robertson Walk, so people will come and eat just to be seen and heard there.  But me, I am not going out of my way to come back here.  Maybe if I am down there and I have no choice, I may stop in and eat again.