A trip to Changi Village Hawker Centre usually involves a commitment.  You need to drive or take a long bus ride, or you are committed to going to Pulau Ubin or to Johor by bum boat.  So one night, we decided that it was worth it to take a drive and eat there because it was something that we don’t usually do a lot.

And we are always happy with our decision to go.

With the renovation recently, some places have gone and some have stayed and some have moved.  What is interesting to me is that International Muslim Food Stal is in a different location, but still serves one of the best Nasi Lemak that there is. 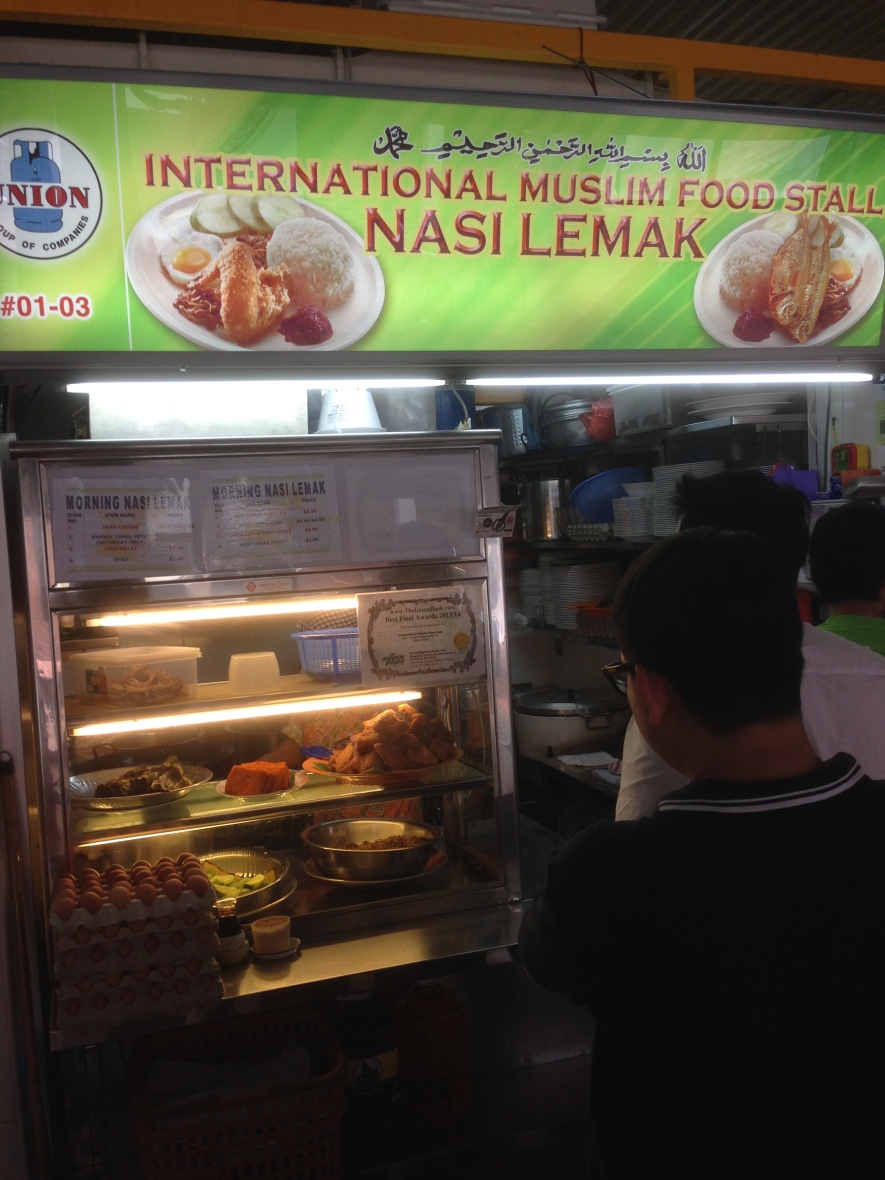 It used to be on the corner, but that is now occupied by Mitzy, which also serves Nasi Lemak.  Sometimes I wonder if people don’t know the difference but just queue because that’s where they used to queue for this.

Put it all together, and you get instant yumminess.

Anthony Bourdain featured it on The Layover, but we all know that here, the chicken wing is crispy and meaty, the fish is big and tasty, and the rice is not too lemak, and just nice.  Combine it with the chili and you can’t go wrong at all.  They go from early morning to evening, and there is always a queue, as there should be.

How about Chicken Wings?

Ah Hwee has branched out from East Coast Lagoon Village and have a stall here.  I love the ones at Lagoon, and this one is no exception.  Made the same way and taste great! 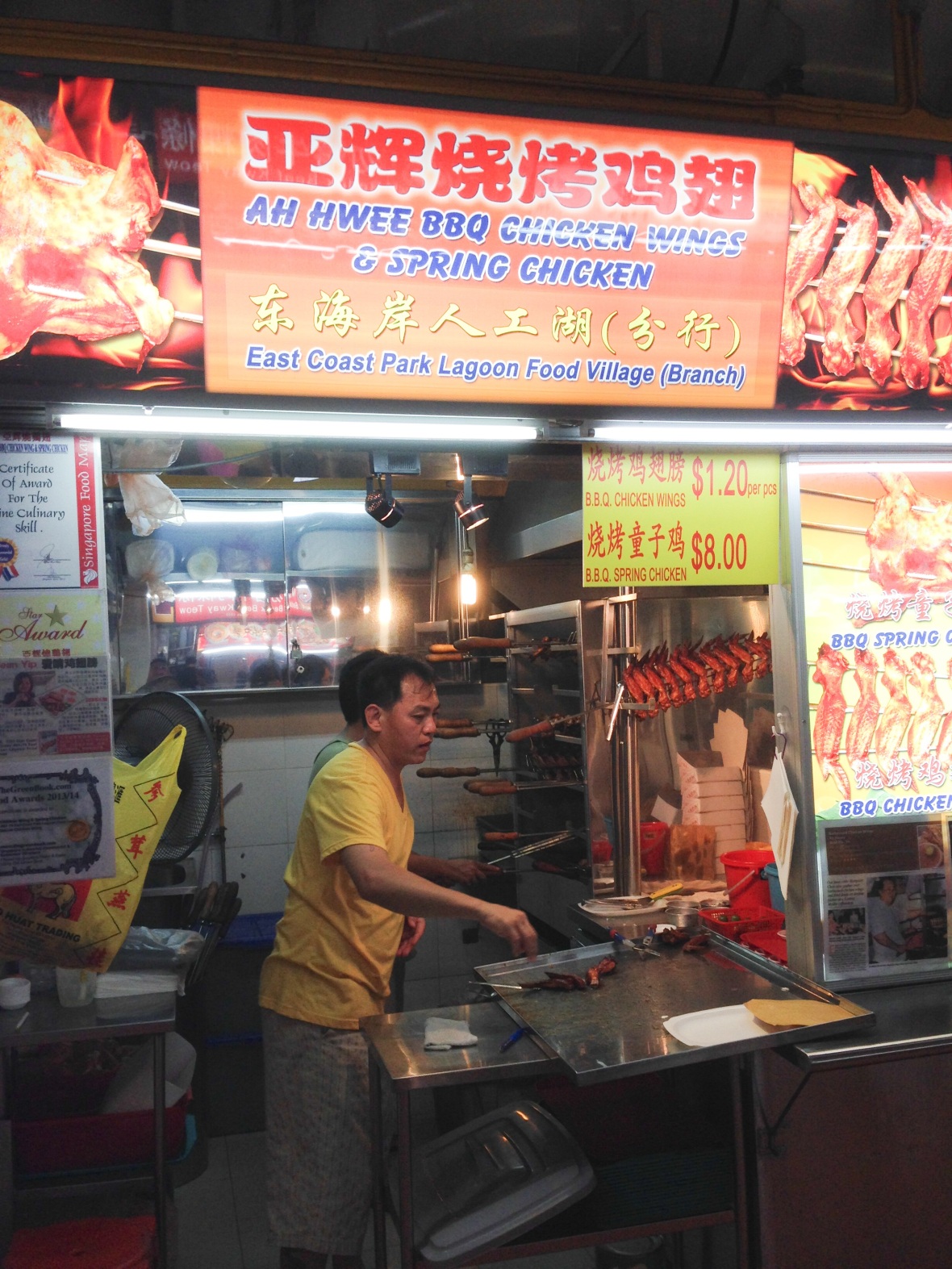 The golden brown skin is nice and crispy and flavorful, this is without a doubt a great chicken wing.

We went for Weng Kee, as it occupies two stalls and has all of these listings saying that people visit and get awards, so why not try?

We were stuck between Ipoh Hor Fun and Chicken Chop Hor Fun.  We went for the chicken chop.  The chicken is nice and crispy and juicy, the hor fun nicely done and the gravy not too salty and not too sweet.  Not a bad dish at all.  Will have to go for the Ipoh Hor Fun next time. 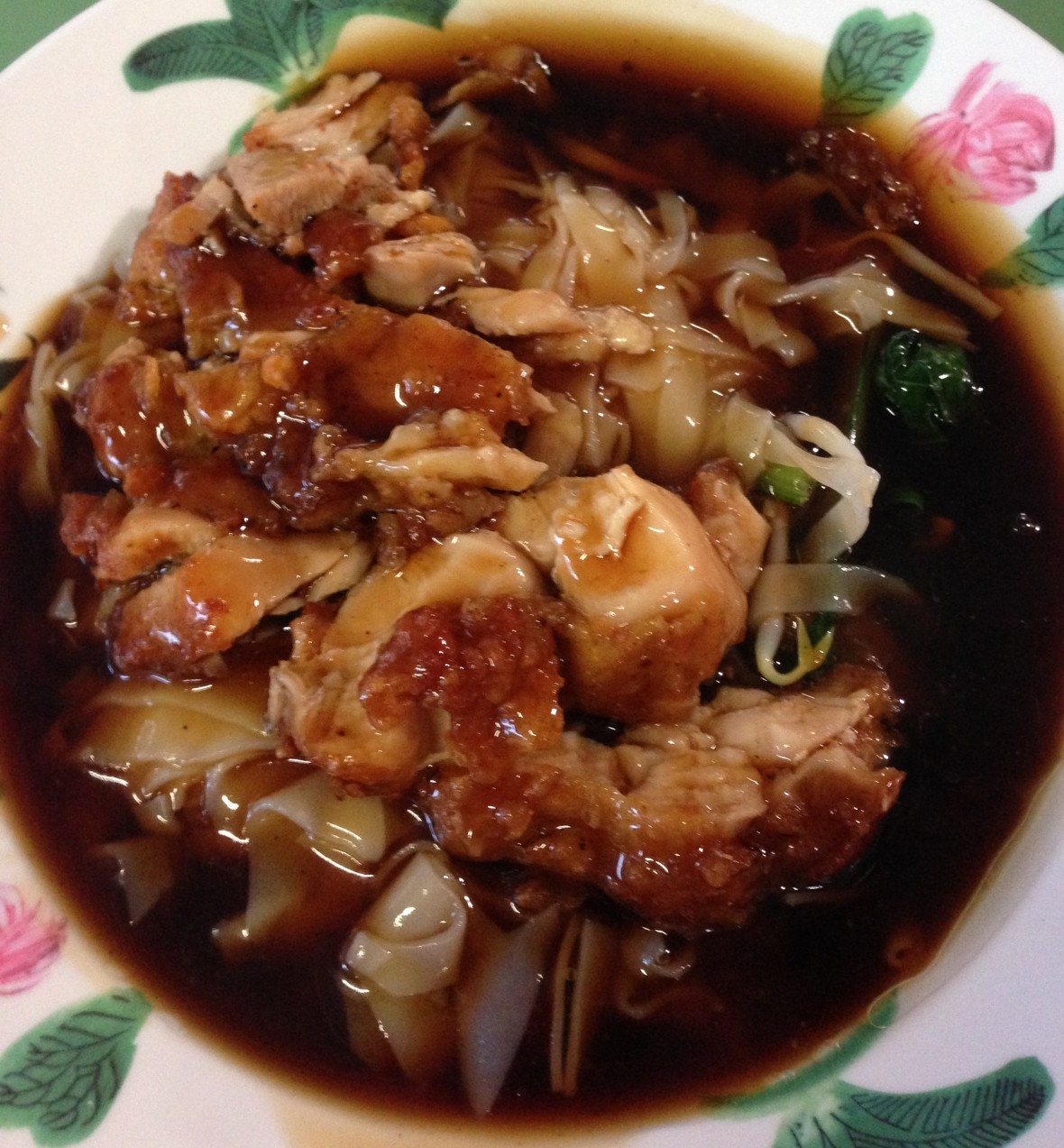 The next time was very quick, as I found myself there a few days later.  And I went for the Ipoh Hor Fun. For $3.50 it was not bad.  White Chicken Meat, Char Siew, Fish Cake, Mushrooms and Veggies and a nice wanton.  The Hor Fun was nice, though a little clumpy.  The sauce was nice, but maybe a tad too sweet for me. 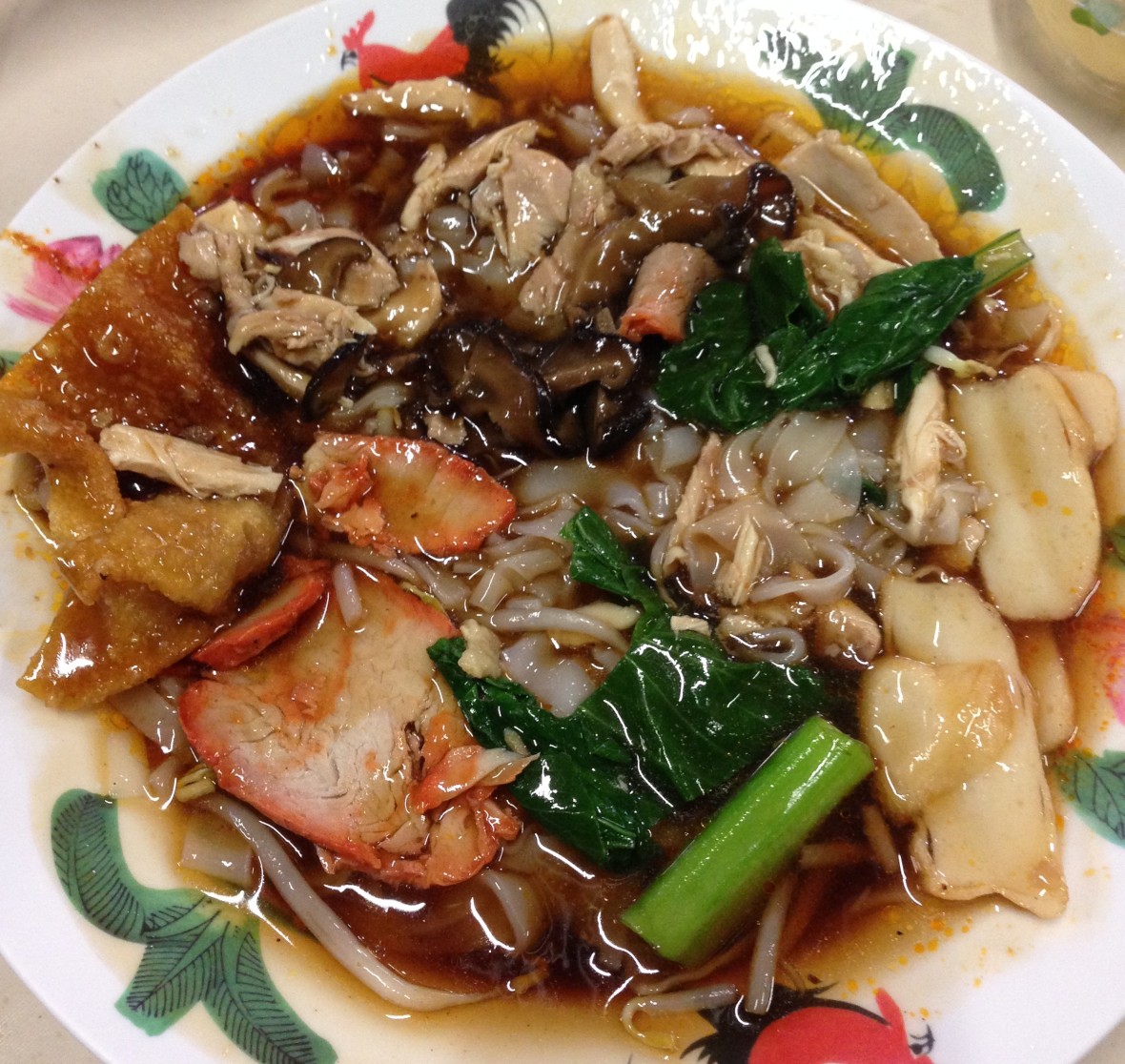 Lena wanted Rojak, so we found a stall that sells it.

Nothing to rave about, but serviceable. Of course you folks know by now that we get Rojak with just You Tiao, Tau Bok and Cucumbers 🙂

Across the way at an HDB shophouse is this Malacca stall, and it sells Chendol, so we went for it.

Nothing to rave about again, but cooling and not bad.

A lot more to eat here, we just have to find the time and stomach to eat it!