There is no shortage of places to eat Phở in the Seattle area.  The place has a lot of Vietnamese immigrants and it seems that every block or few blocks and in every strip mall there is a place to get it.  In the short span of a few weeks, Lena and I tried many of them in the Lynnwood area, as that is where we were staying for a little while.

So let’s take a look at some of them.

The first place that we found was Pho Alderwood.  It is located opposite the Alderwood Mall and the P.F. Changs.  It’s back in the corner, so perhaps it’s not so noticeable, but we hoped that there was good food.

We went with the Grilled Pork and Noodles.  The pork was nicely marinated, good flavor, but could have used more.  I wish the egg rolls were done using rice paper rather than spring roll wrappers, but it was still quite tasty when put together and dipped into the sauce.  I would eat it again.

And then there is the Pho.  This is a special, a little bit of everything on the beef side.  The broth was the highlight here.  It was deep and rich, very flavorful, not too salty and left a nice taste in the mouth.  The beef and noodles were pretty standard, but the broth was excellent. 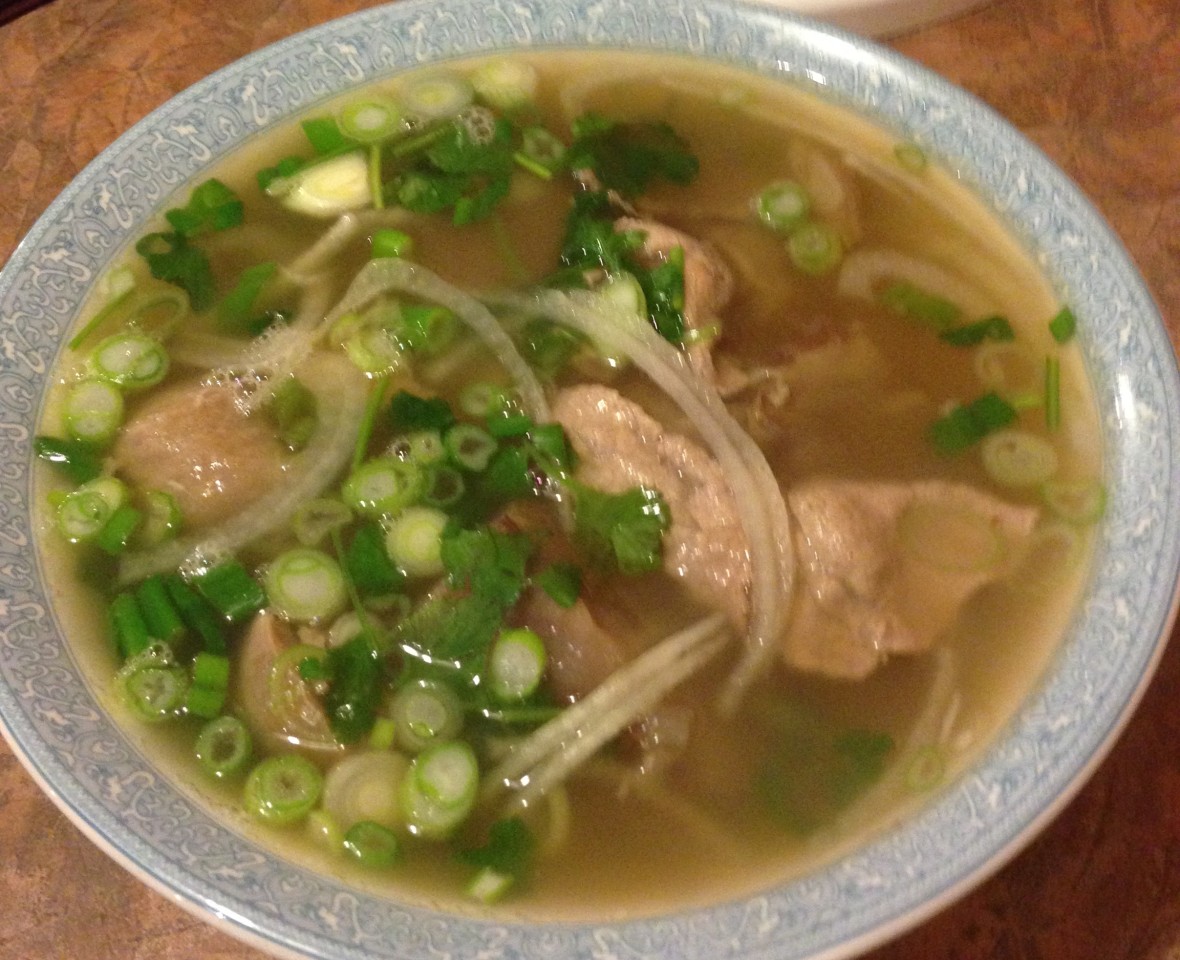 Wish they gave some more herbs and veggie though.  A little skimpy there.

The next place we hit was Pho 36, across the street from the Lynnwood Convention Center.

On the menu was the Banh canh cua, the noodle dish of crab and some fish cakes and pork.  We remembered enjoying it in Hanoi, so we saw it and decided to try it.

The taste was good, flavorful, not quite there, but not bad.

And of course their special beef Pho.  The broth here is not as deep and rich as Pho Alderwood, the beef and noodles were also quite standard.

Next up is Bamboo Tree Pho and Sandwich, which is right in the same parking lot at the Lynnwood Convention Centre.  See, they literally is one every block.

The Char Siew Banh Mi.  The bread awesome, the Char Siew, not bad at all. I needed to add some more sauce to it, but the taste was pretty good and fresh.  Not bad for $3.50.

Instead of trying the Pho, we went with the Bun Bo Hue.  Broth was pleasant, though not too strong and flavorful, and the noodles and meats were pretty good also.  Standard fare honestly.

We went back to Bamboo Tree to sample the Pho, and we were not disappointed.  The broth was nice and the portion nice and taste pretty good! 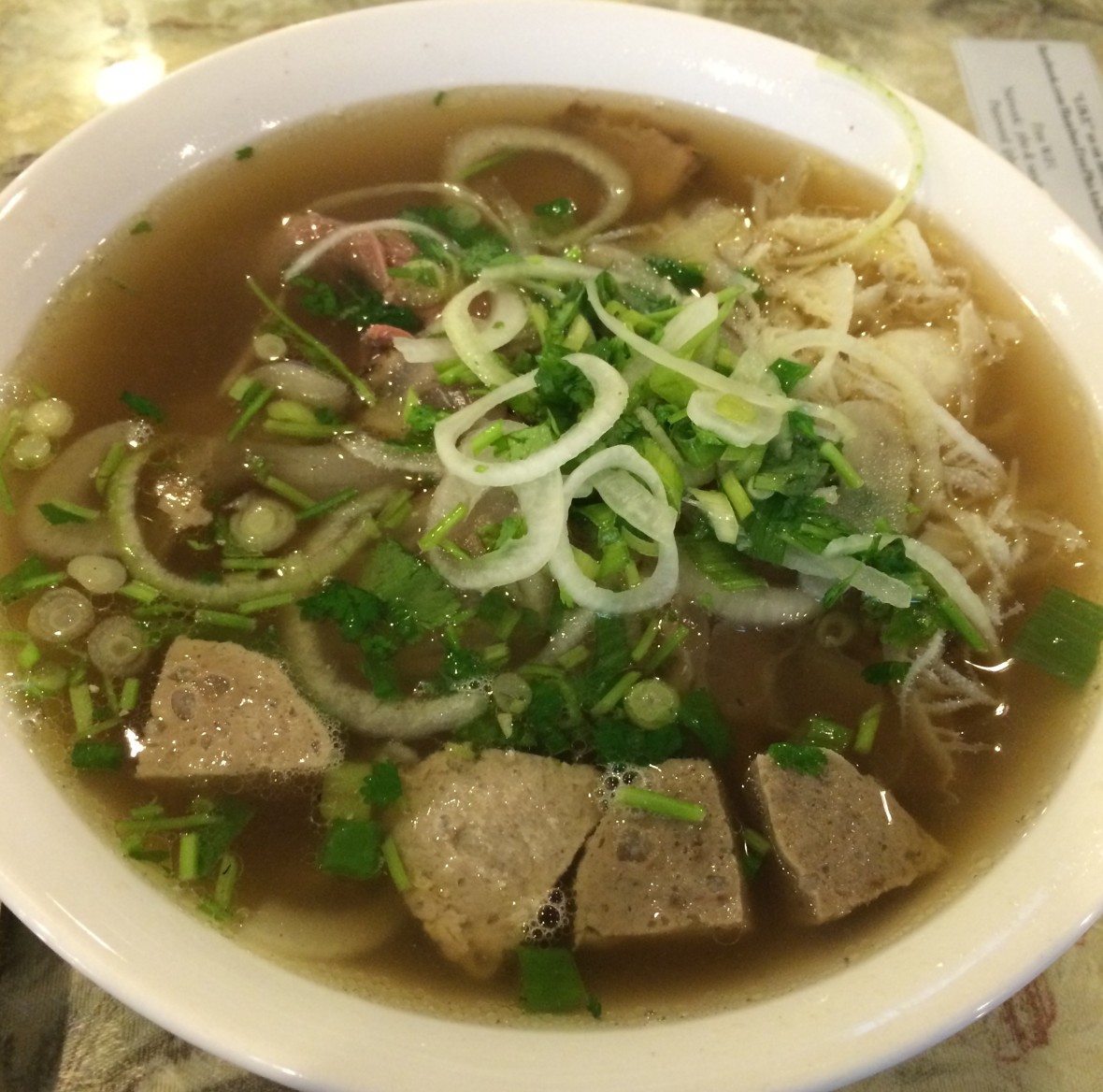 But you know what was better?  The Chicken Wings.  Heavenly!  Not too greasy and seasoned beautifully! I could eat a few plates of these and be happy.

So there you go, just a sampling of three Pho places within a 1 mile radius.  The funny thing is that there are at least 4 more places that we haven’t tried yet in this same radius.

If you want Pho, go to Pho Alderwood, the broth will make it worth your while.  If you want Banh Mi, go to Bamboo Tree Pho and Sandwich.  Excellent there!