Pince and Pints opened an East Coast Road outlet lately, right across from i12 Katong.  It’s an area which has a lot of nice little places to eat.  Decided to try it out.

Hit it almost as it was closing from lunchtime, so it was a bit rushed.  But people were still enjoying themselves.  A lot of people had whole lobsters, but I was after other items.

Started with the Lychee Iced Tea. 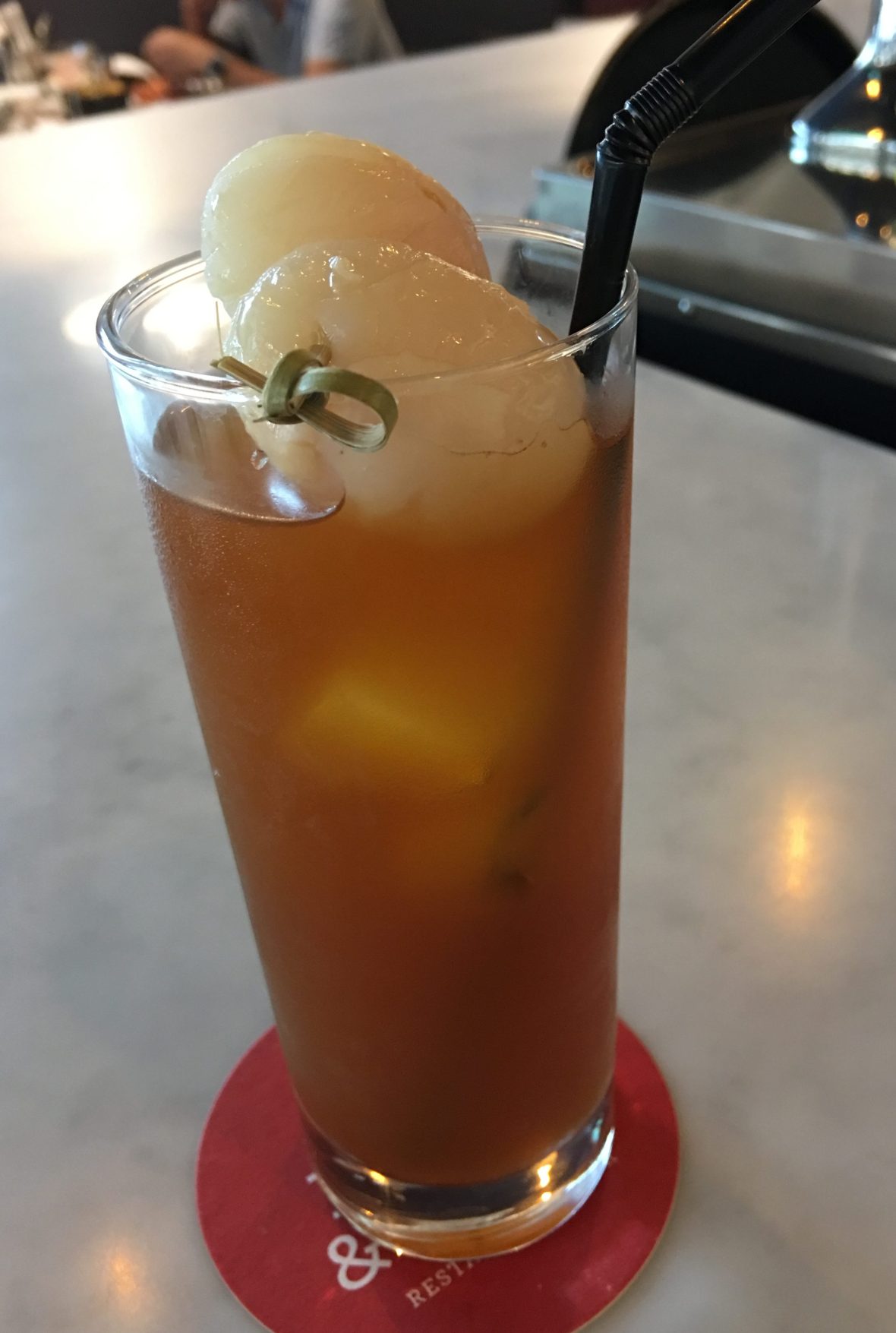 I was after the Lobster Roll for one.

Came with fries and a salad.  Quite a complete set.  But at S$58 I wouldn’t expect anything more.

The lobster was more than enough in the roll and quite meaty.  Quite a good job.  The bun was not too overly buttery as a lot of Lobster Rolls are.  Not a bad one. 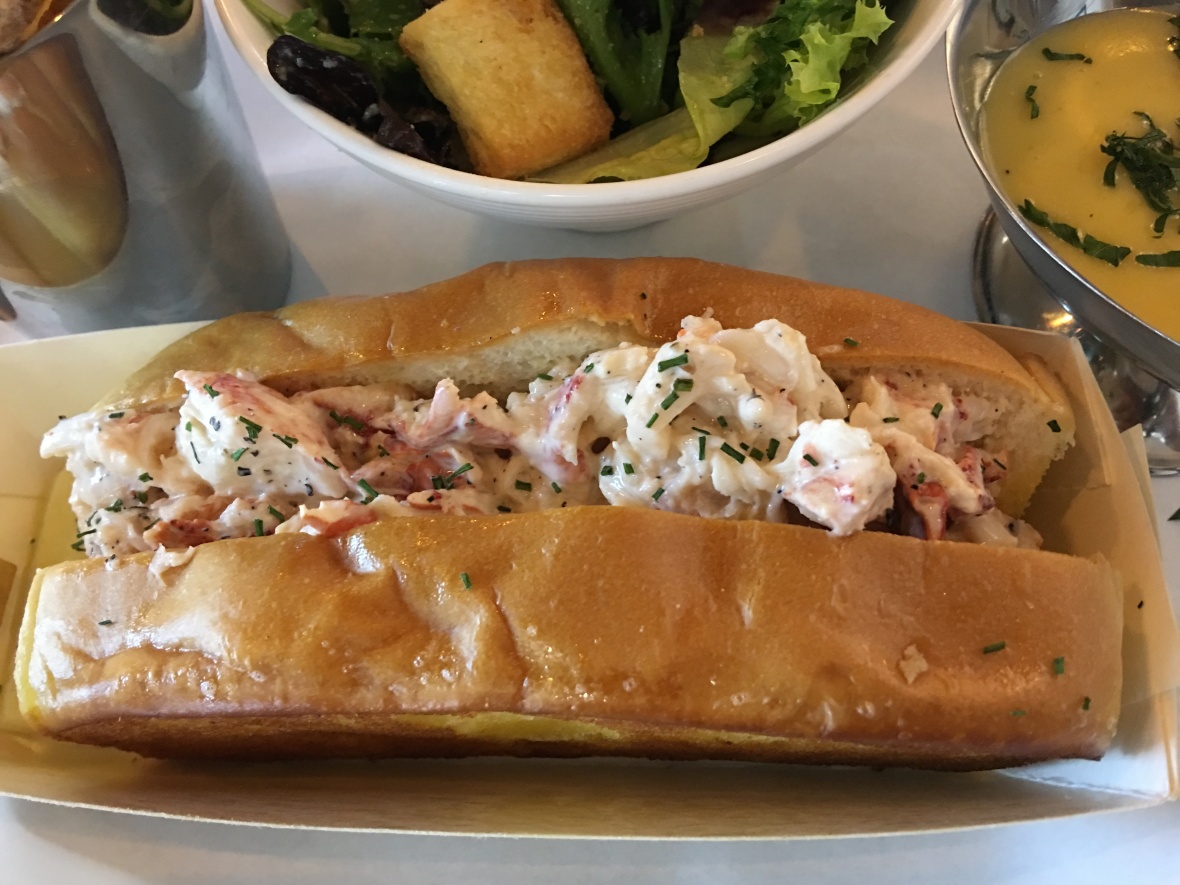 I also saw another item that I had to try – Lobster Mac and Cheese.  Takes about 10-15 minutes to come out.  Have a look.

Gooey and smooth.  There is quite a bit of lobster inside as well.  How they put it together is macaroni and cheese, a bunch of lobster, more on top and cheese to top it off before putting it into the broiler. 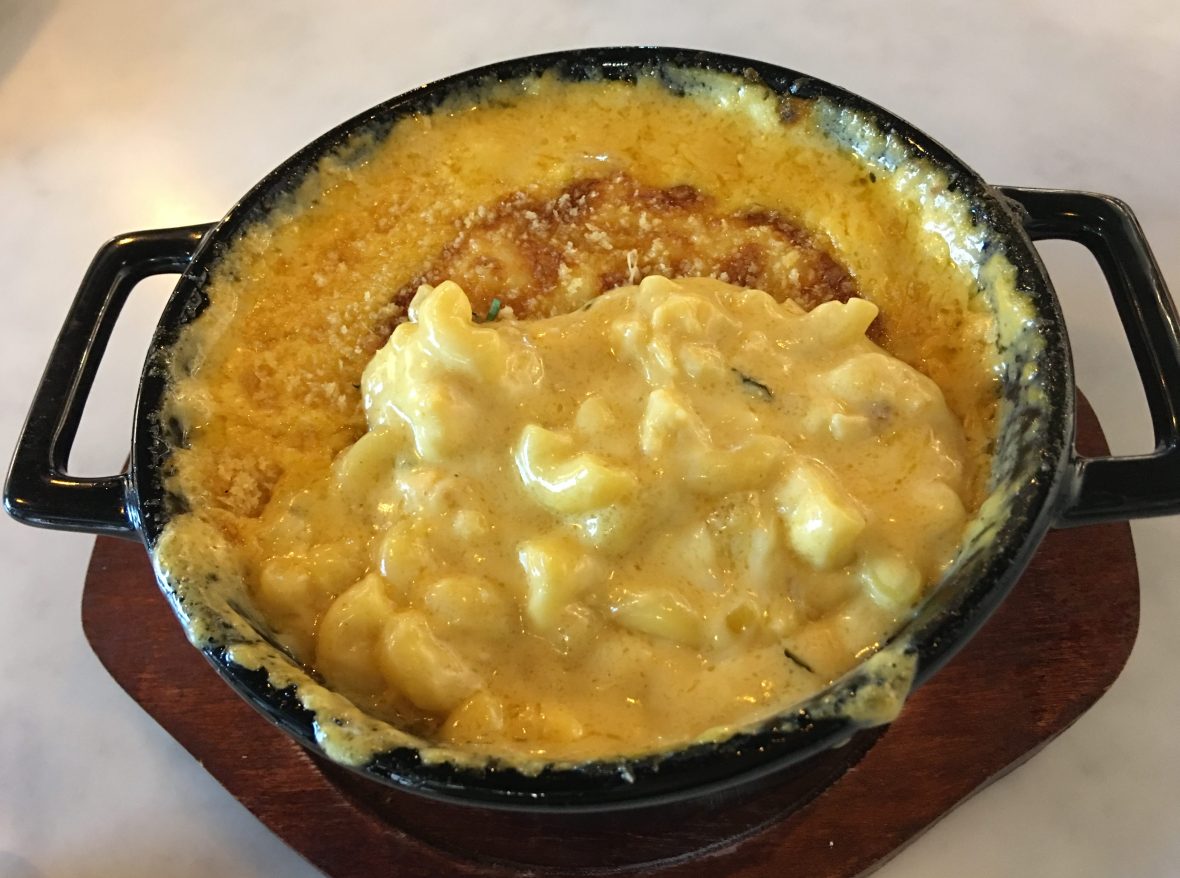 This was really heavy and definitely enough for 2.  I suggest a roll each and mac and cheese to share.

Expensive, so I am not sure if I would go back a lot for this.  But, hey, you have to try!