Back when The Bird first opened at Marina Bay Sands, around July 4, 2017, we went by and tried some of the cornbread and talked a bit with their General Manager.  After that we said that we would come on back and try the food.  We never did until March 2, 2018.  Was it worth it?

The Bird is the Singapore outpost of Yardbird, a great restaurant with locations in Las Vegas, Miami and Los Angeles.  They had to change their name in Singapore to “The Bird”, but the menu is pretty much the same.

The inside is made up quite nicely and we hit is around 2pm, so it was quite empty. 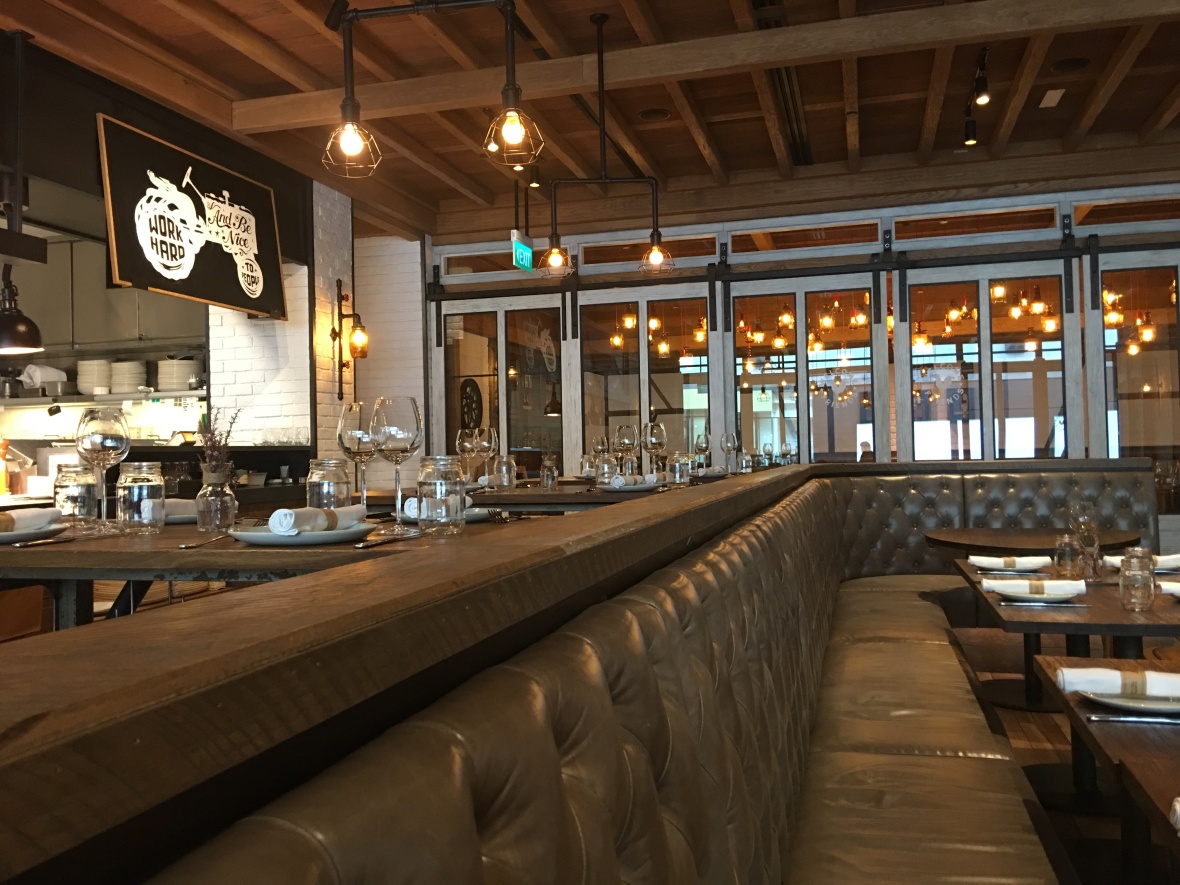 We immediately got a bottle of this Honey Hot Sauce.  What would it taste like?  I waited for food to find out.

We tried to decide what to get, and in the end we went with Lunch Specials.  We didn’t think we could finish the Chicken and Waffles and the price was quite up there for it.  So we went for this.

Two pieces of chicken comes with a small biscuit and Spiced Watermelon.  The biscuit was very, very small and the Watermelon was nothing real special. 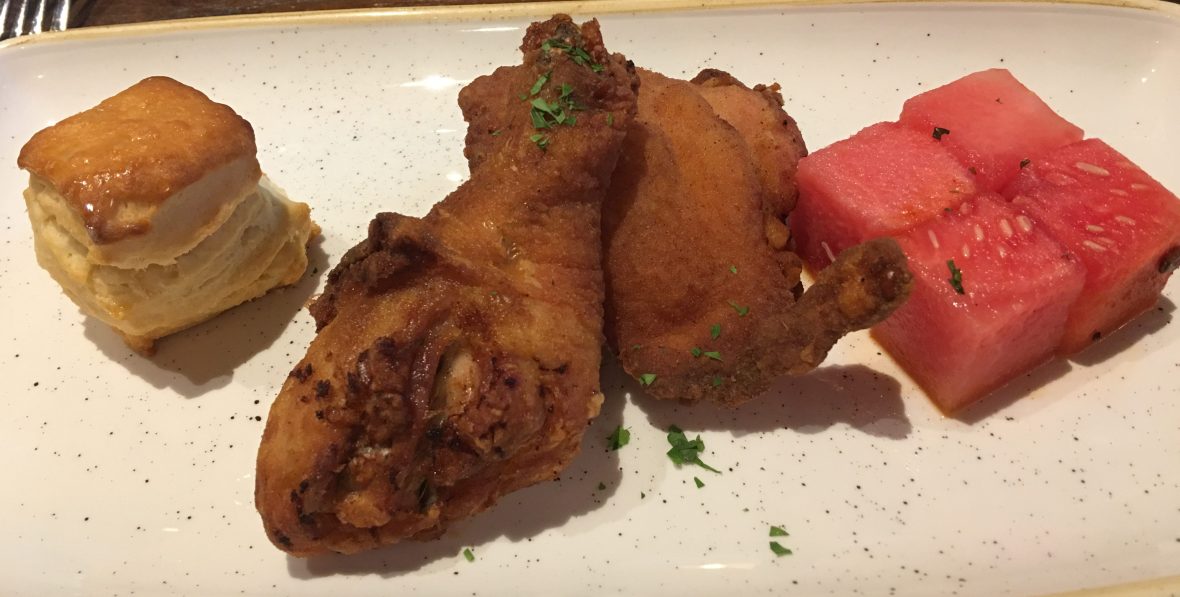 The chicken was pretty well seasoned, you could taste the brine marinade that it was soaked in.  The skin was crisp and the meat was juicy. I tried it a bit with the Honey Hot Sauce.  That was basically Buffalo Wing sauce.

Brussels Sprouts – love them.  These were a little well done, but still pretty good for the price.

It’s a pretty good eat.  It’s at MBS prices, so maybe not every week, but every once in awhile, we give it a shot!