In the old days Mooi Chin used to be the standard for Hainanese food in Singapore. It is a restaurant with a tremendous name in Singapore. 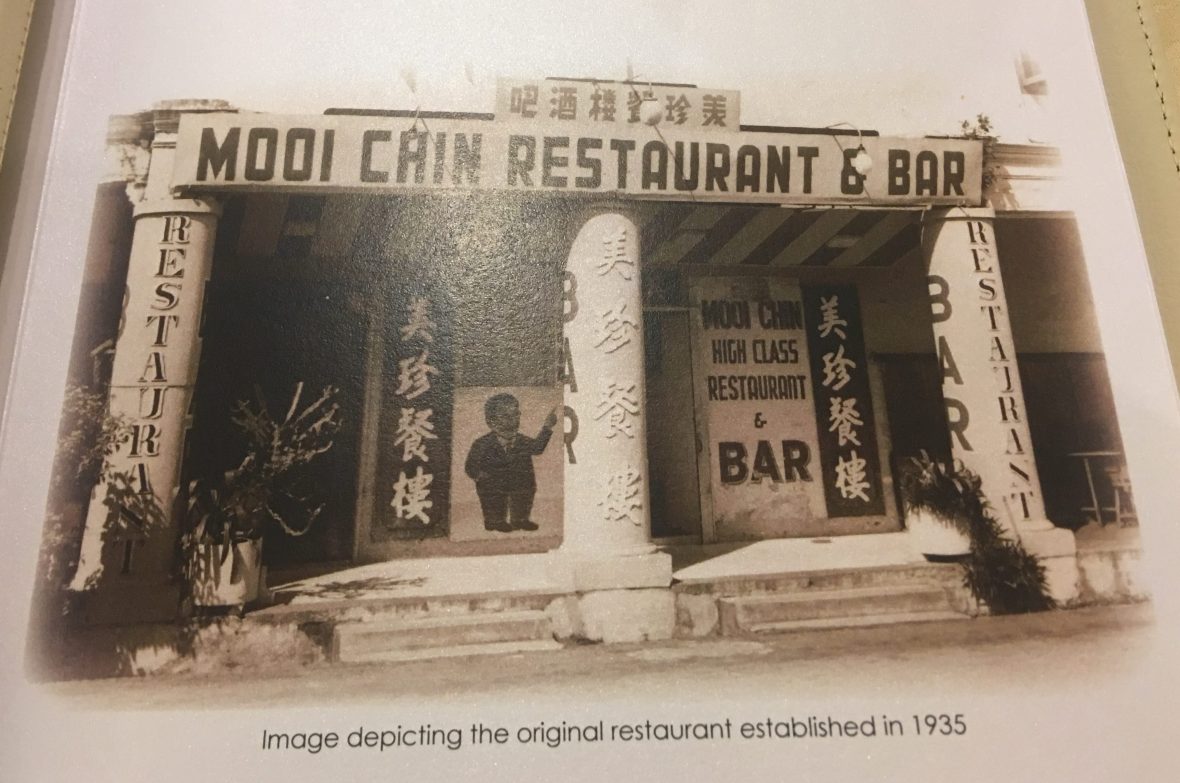 After all Hainanese food is more than just Chicken Rice.  It’s a lot of different things.  Unfortunately these days, it hasn’t really come to the forefront.

These days Mooi Chin is located in the Village Hotel at Bugis.  In addition to serving some old time favorites it serves as the Hotel’s buffet breakfast and restaurant.  Not exactly the heights of grandeur.

They do have a menu of Hainanese specialties and we tried it as my MIL is Hainanese and we wanted to get her some of the food she remembers.

We had to have the Hainanese Chicken, after all, it’s what Hainanese food is right?  This one was just okay, a little dry rather than juicy and tender as a lot of other places do it.

We also went for the Crabmeat Foo Young.  This was pretty tasty, but a little oily.

Seafood Maw with vegetables.  This was pretty good, tasty and full of flavor.

The other item that people think about as Hainanese food is the Pork Chop.  Here it is.  For me, it was tender and delicious.  I usually see this with an orange colored sauce, but this was a blander color.  But the taste is there.

The old days are long gone for Mooi Chin.  There is some hint of it in the food, but it’s not a regular place to head these days and that’s unfortunate.